The officer murdered Dominique in cold blood after he feared she might tell his wife about their affair. 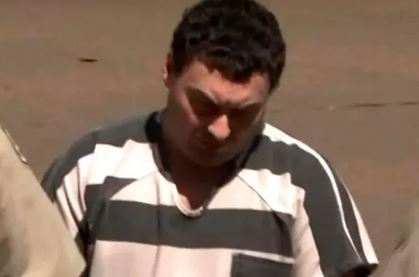 A police officer, Matthew Kinne has been arraigned for allegedly killing his mistress because she threatened to tell his wife about their affair when he tried to call it off.

Her friends and family loved being around her and when the 32-year-old wasn’t around, it wasn’t quite the same.

Dominique, affectionately known as Lucy, was a single mum of four children, all aged under 14, living in Oxford, Mississippi.

Her two boys and two girls were her whole world, but life wasn’t easy. Money was tight and although she was devoted to looking after her family, it could be tough on her own.

Around August 2018, she started dating Matthew Kinne, who was an officer in the Oxford Police Department and a member of the mounted patrol team.

He served in the department for around four years and had been named the mounted patrol officer of the year.

On paper, Kinne looked like a perfect, reliable partner for Dominique. However, there was one major problem – he was married.

How police officer killed his mistress -- a mom of 4 -- just because he didn't want his wife to find out about the death of his first wife, reportedly by suicide, Kinne had married again and had a child.

He also had teenage children from his first marriage. But getting involved with Dominique’s family wasn’t on the cards, as the couple had to sneak around to be together and met up secretly for sex.

But Kinne was assisting Dominique financially. He helped her buy a car and there was talk of him contributing to her rent and helping her get a house. They were a partnership of sorts – but Dominique wasn’t sure they would go the distance.

Friends said Dominique thought she might be pregnant. But she admitted she was worried about telling Kinne because he didn’t want his wife to find out about their affair. She wasn’t sure how he would react.

Dominique claimed that while Kinne was possessive, he wasn’t willing to commit to her and go public with their relationship – but he didn’t want to break it off either.

Kinne would later claim that he tried to end things with Dominique and, in turn, she’d threatened to tell his wife they were sleeping together.

Whatever the truth, it was clear that Kinne was starting to feel as though the walls were closing in – and Dominique didn’t have the happily ever after she was hoping for.

It was raining on the night of 18 May 2019 and Dominique called Kinne for a lift to her car. He was working on patrol in Downtown Square and picked her up.

Dominique then drove back to her home and called him on the way. She was home alone that Saturday night, as her children were spending the weekend with a relative.

At the end of his shift, Kinne went back to a barn where the police horses were kept and left his mobile phone there, presumably so that his movements could not be traced.

He then got back in his marked patrol car and drove to Dominique’s house, parking the vehicle around the corner.

The home was unlocked and Kinne entered in the early hours on 19 May, finding Dominique asleep in her bed.

He crept back out to his car, collected his loaded police-issued gun – a 9mm pistol – and went back to his girlfriend at around 2.05am.

He shot her once in the head.

Leaving Dominique dead, Kinne drove back to the barn to collect his phone and texted her at 2.20am as though nothing had happened.

As he drove back to his own home, Kinne tossed the shell casing, which had jammed in his pistol, out of the window and on to the street. It was never found.

Later that Sunday afternoon, Dominique’s four children returned from their weekend away at around 2pm. Her eight-year-old son was encouraged to enter first to play a prank on his mum – he was sent in with a toy snake and told to lure her out to scare her with it.

Instead, the poor boy discovered his mum’s body and had to go outside and tell his siblings that she was dead.

Investigators quickly discovered the affair with Kinne. As one of their own was a prime suspect, they called in the Mississippi Bureau of Investigation to take over the case.

That night, Kinne was questioned. He admitted the affair but denied having anything to do with Dominique’s death. He even suggested that she might have committed suicide – even though no gun was found at the scene.

However the evidence was starting to stack up against him. There was even security footage from Dominique’s house that showed Kinne’s patrol car arriving and leaving.

The next day, Kinne was arrested.

This time when he was questioned, he admitted he had killed his mistress. It rocked the Oxford Police Department and the case exacerbated already strained race relations in the state.

It was a white police officer killing a Black victim in cold blood and consequently attracted a lot of media attention. Shortly after his arrest, Kinne was transferred to a county jail and a photo surfaced of him eating a meal at a guard’s desk, unsupervised.

When a judge considered bail, Dominique’s family were outraged, believing Kinne was getting special treatment because he was in
the police force.

But Kinne was fired from his job and charged with capital murder, which meant that he faced the death penalty.

While he pleaded not guilty, Dominique’s family told the media that Kinne had been controlling – that he’d sneaked into her house on previous occasions and he was worried that his wife might discover the affair.

This, they said, had led to tensions between the pair. Kinne’s wife divorced him and moved away while the case slowly made its way through the legal system. Then, Kinne made a plea deal. In exchange for him pleading guilty, he would avoid facing the death penalty.

“It was a crime of passion,” his lawyer argued. “It got to the point he couldn’t get out. He wanted his life back.”