The Super Eagles who was celebrating his 25th birthday scored on the 31st minute to give the Foxes the lead at Selhurst Park. 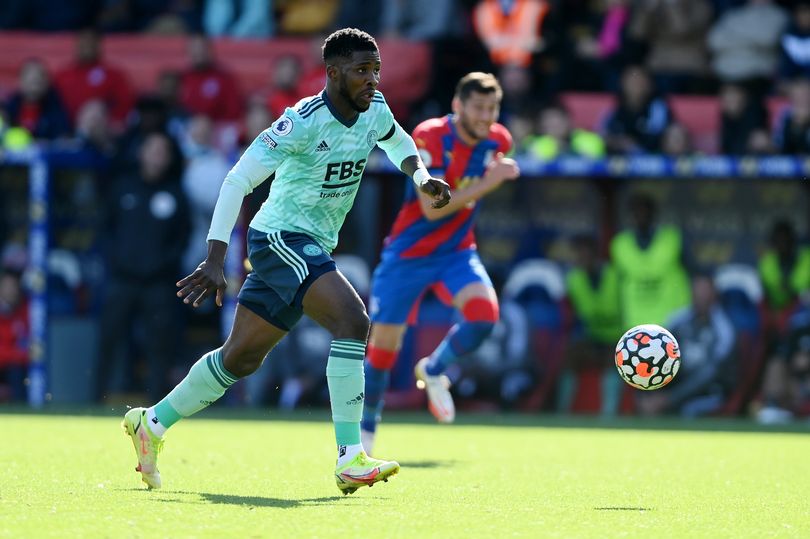 Iheanacho
Kelechi Iheanacho has made premier league history with his goal against Crystal Palace.
Recall that the striker grabbed his first Premier League goal of the season for Leicester City in their 2-2 draw against Crystal Palace on Sunday.
The Super Eagles who was celebrating his 25th birthday scored on the 31st minute to give the Foxes the lead at Selhurst Park.
Iheanacho dispossessed Crystal Palace defender, before slotting the ball past the goalkeeper for his first league goal of the season.
Iheanacho has now scored 21 goals for Club and country this year and Mohamed Salah is the only African playing in Europe’s top five leagues to score more.
He also became the third Nigerian to mark their birthday with a goal in the History of the Premier League. The other two are Jay-Jay Okocha and Obafemi Martins.
Okocha scored a brace for Bolton Wanderers against Middlesbrough on his 30th birthday.
The enigmatic midfielder scored a free-kick and powerful shot to help the Trotters to a win 4-1 thrashing of Middlesbrough at the Reebok Stadium eight years ago.
Obafemi Martins also achieved the feat during his spell with Newcastle United back in 2008.
Top Stories