She was taken to the hospital where her condition quickly worsened and she was subsequently moved to the intensive care unit where she died shortly afterwards. 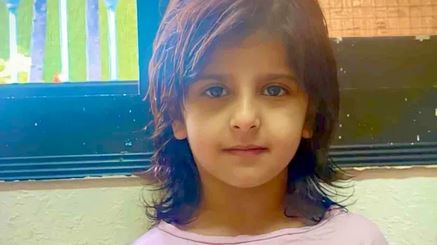 A 6-year-old girl has died after she was bitten by a snake that entered the toilet at her home in Saudi Arabia.

The family of Tamara Abdul Rahman, have said that they were shocked that a snake had got into the house in the city of Abha in the south-western Saudi Arabian region of ‘Asir Province on Wednesday.

The girl’s distraught father, who did not want to be named, said that she had not seen the snake as it was not something to be expected.

She was taken to the Asir Central Hospital where her condition quickly worsened and she was subsequently moved to the intensive care unit where she died shortly afterwards.

Her dad said she had been so pleased to return to the classroom following the easing of Covid restrictions before the tragedy struck.

He said: “She was happy to return to in-person learning at school, but what (is there) to say. It is Allah’s wish.

“The snake was lurking in the bathroom in our house for my daughter, and given the girl’s age, she did not notice that it was in the toilet until she was bitten by it, amid the family’s astonishment as we never expected to see such animals in the toilet, especially as we live in Abha City.

“She was taken to hospital and was admitted and treated, but fate was not on her side. She died despite receiving medical care after going through difficult health conditions.”

He added: “I believe in Allah and I am satisfied with everything. He writes for us.”