Following Arsenal's new found winning form, Manager Arteta has been named the Premier League manager of the month for September. 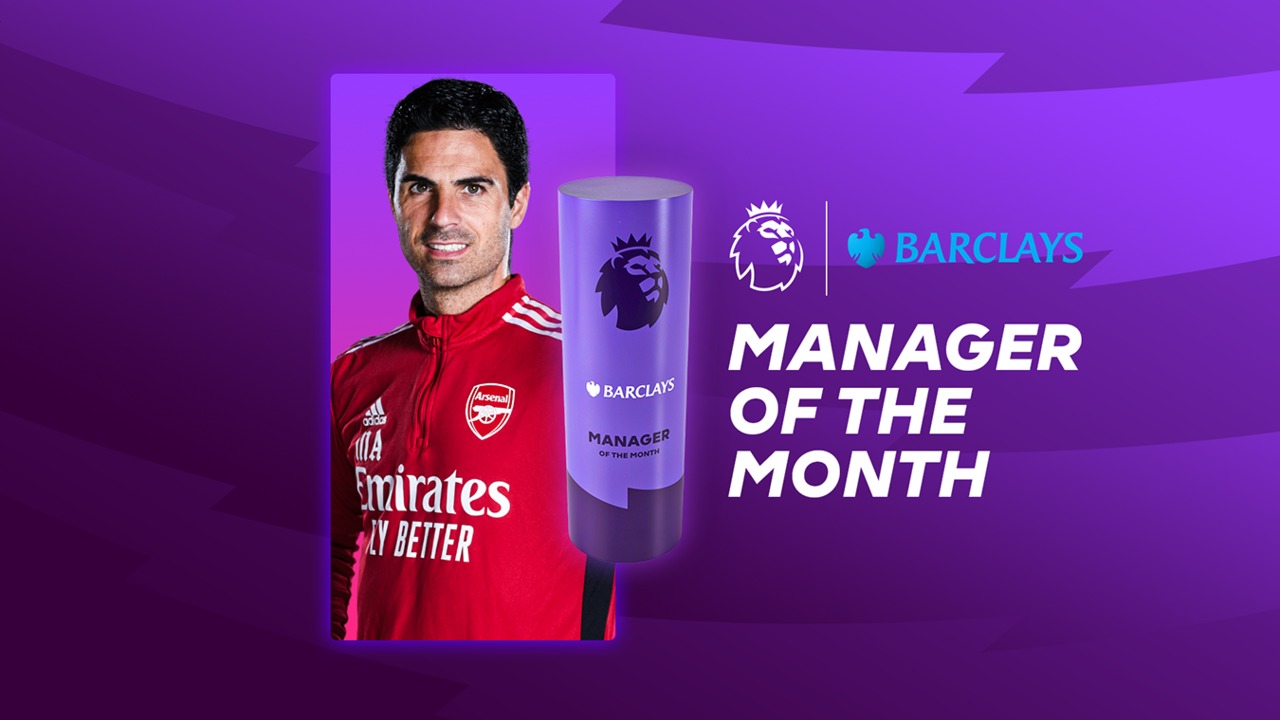 Mikel Arteta
Arsenal manager Mikel Arteta has been honoured by the Premier League.
This comes after he was named the Premier League manager of the month for September.
The Gunners suffered a defeat on the opening day of the season at Brentford, followed by a loss to Chelsea at home and a 5-0 thrashing at Manchester City.
However, Arteta’s men turned around their fortunes with a win at Norwich with captain Pierre-Emerick Aubameyang finding the back of the net to give the home side a 1-0 win.
Against Burnley, Arteta’s signing from Real Madrid Martin Odegaard got on the score sheet from a neatly taken free-kick to give The Gunners another 1-0 win.
The Spaniard’s surprise win came in the north London derby against Tottenham, which Arsenal won by three goals to one.
Commenting on the award, Arteta told Arsenal Media that it is a representation of the team’s unity despite challenges.
He said, “This award represents the way everyone has been together, has been working and has been positive in difficult moments.”

Despite starting the season at the bottom of the table, Arsenal are now on a steady climb on the Premier League log.
Top Stories