The Instagram sensation has declared she would give up all her social media accounts if her man isn’t cool with it. 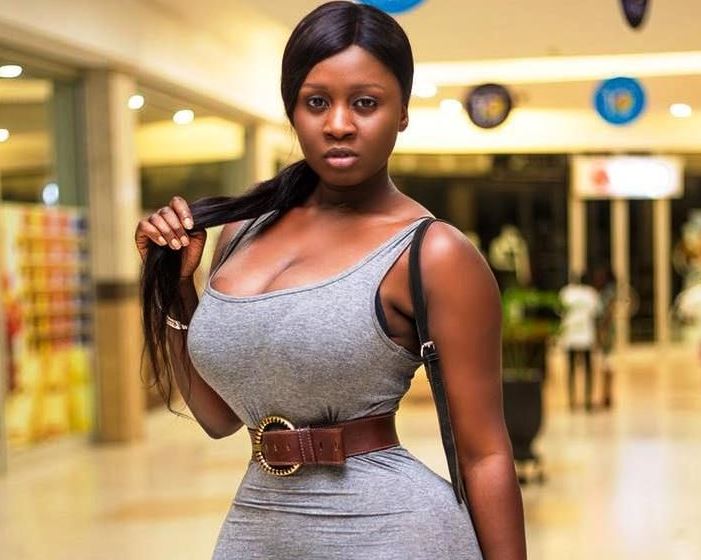 Popular Gambian actress, Princess Shyngle has disclosed how much she is willing to sacrifice when she meets the right man.

The tiactress had left fans pleasantly surprised on January 30 when she took to social media to announce she got married to her boyfriend, Bala Gaye.

However, Shyngle filed for divorce from her ex-husband barely a few months after they tied the knot.

She accused her ex, Gibou Bala Gaye of domestic violence.

The film star was also once engaged to Frederic Badji, her Senegalese boyfriend but the relationship hit the rocks soon after.

In a new development, the Instagram sensation has declared she would give up all her social media accounts if her man isn’t cool with it.

According to Shyngle, she’s will to do that much without having to bat an eye but only for her Mr Right.

She wrote: “If I meet Mr Right and he’s uncomfortable with me being on social media I’m ready to delete all my social media accounts just to make him happy.

“I’ll do this in a heartbeat but only for Mr Right though.” 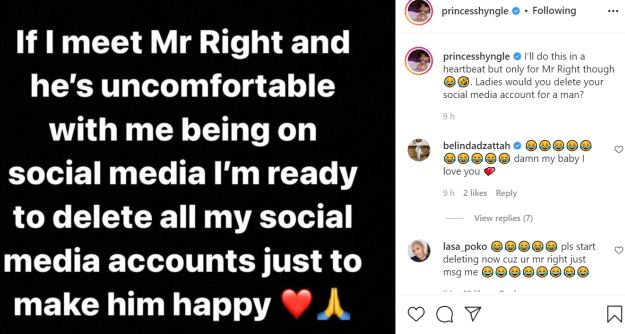