Kanu-Uche said hunger and poverty made the Northerners embrace terror and banditry. 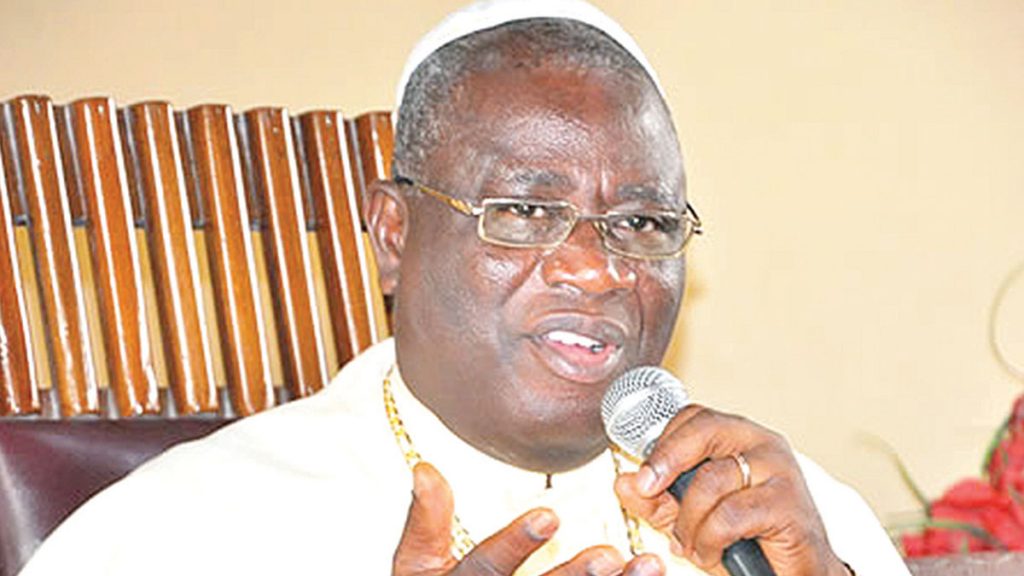 Kanu-Uche
Nigeria's President Muhammadu Buhari has been urged to pay N25,000 stipend to repentant bandits and Boko Haram terrorists.
The call was made by the Prelate of Methodist Church Nigeria, His Eminence, Dr. Samuel Chukwuemeka Kanu-Uche.
Kanu-Uche said hunger and poverty made the Northerners embrace terror and banditry.
He stressed that the payment of such stipends would stop youths from engaging in terrorism.
Addressing journalists in Abuja yesterday, the cleric appealed to the Federal Government not to underestimate the influence Sheikh Ahmad Gumi in the fight against banditry.
He pointed out that Gumi could help the government develop measures in tackling banditry in the North.
Kanu-Uche said Gumi’s access to bandits in the North could be used as an advantage to beat them into submission.
The Kaduna-based Islamic scholar had severally met with the leadership of bandits in their locations.
Recently, Gumi had urged government to grant them blanket amnesty.
However, the Methodist Prelate said: “Who are those collecting ransom for bandits? If the government rather than criticising Gumi, engages him positively, he can bring a solution. You don’t dismiss him and say he is a bad man.
”If he goes to the bush and they (bandits) have confidence in him, the government can dialogue with them.
“Let me tell you, these boys are being used by politicians. I am telling you to quote me.
“If you engage them and be paying them N25,000 monthly, they will not kidnap. All they want is food.”
Top Stories