Popular Actor, Deyemi Okanlawon Reveals How Much He Was Paid for His First Movie


The Nollywood star made the revelation during an interview on the Rubbin Minds show. 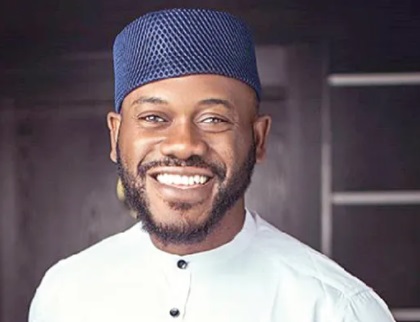 Okanlawon
Popular Nollywood actor, Deyemi Okanlawon has revealed the paltry sum he was paid for his first movie.
According to him, for a four-day shoot, he received N10,000 for his first movie role.
During his appearance on the Rubbin Minds show, the movie star talked about "paying the dues" of hard work.
Okanlawon claims that achieving his current status took him eight years of consistent effort, while many people regard him as an instant success.
"They don't see the toil, frustration, and plain hard labor that goes on behind the scenes."
They are blind to the fact that you are working for pennies on the dollar. "I was paid N10,000 for my first film and N15,000 for my second," the actor claimed.
"They took me to Ilorin for four days of shooting." At the same time, I was running a business and pursuing a career. But throughout the years, I've refined my abilities. Beyond performing, I was proving myself and bringing value to the producers." I also researched everything I could about acting in order to improve. It takes time to climb to the top in any field, not just music or cinema. Looking back on all the times I was disappointed by the slow progress, I realized all I had to do was wait.
"It would have been easy to just relax and not cause myself headaches if I had known what was going to happen now."
Deyemi, who has been in a number of Nollywood films, remarked that despite having poor grades in school, he excelled.
"At school, I didn't do much." I received poor grades for a variety of reasons. I had no choice but to take the path of least resistance. With the way they were looking at grades, I could never have applied for a job," he noted.
"I had to prove myself on the streets." I used to work in sales, so I could tell you what I did for one company or the other every year. ‘ I raised this amount of money and sold this amount of merchandise. That paved the way for me. Based on my performance, I've been hired by large financial institutions. 10,000 individuals could apply, but because I've already proven myself, they'd skip over everyone else and grant me the job.
"I had the same intention when I arrived into Nollywood." There's a distinction to be made between hard labor and smart work. Many people believe that going to auditions is equivalent to completing the hard work. "All they have to do now is show results." When I first started out, I made a lot of short films. Before approaching the directors, I had them on my phone, which drew their attention. Going to all the auditions didn't help me as much as networking with the right people and establishing my worth."
Top Stories