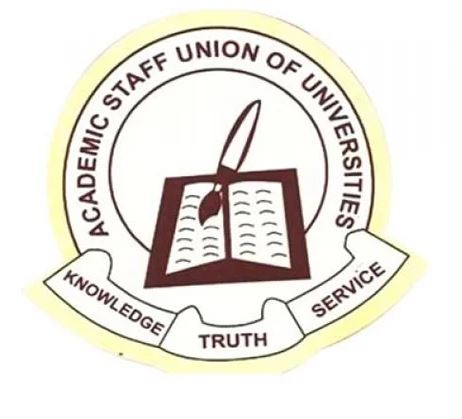 It has been reported that the Academic Staff Union of Universities (ASUU) has called on the National Assembly to enact law that would stop government officials from sending their children abroad to study, according to Daily Post.

ASUU President, Prof. Emmanuel Osodeke who made the call on Thursday in Abuja at the reconvened meeting with the Federal Government, being conciliated by the Minister of Labour and Employment, said the officials must be compelled to enroll their children in Nigerian Universities.

Osodeke said, “We are hoping that the government will make it mandatory that if you accept any government appointment, your children must attend universities in Nigeria.

“The National Assembly must formulate a law that if you take an appointment, your children must study in the country. If you know that your children cannot be here, then there should be no need to accept government appointments”.

Speaking on the 2022 budget, Prof Osodeke expressed disappointment, stating that the education sector has been totally neglected.

According to him, despite the outcries by the union, there was no change in the education budget.

“Look at the budget we have seen recently, it is exactly the same thing we have been seeing. Nothing has changed. And this country is paying the high price for neglecting education – the banditry you see, the kidnapping and what have you, is because people are not being taken care of.

“That is why ASUU has been struggling, so that public universities in the country will be revamped, so that as our children go outside for learning, other children from other countries will also come here for the same purpose too and pay to this country in hard currency,” he said.

The Minister of Labour, Dr. Chris Ngige said some of the request by the union were within the reach of the Federal Government, stressing that the public universities will not be abandoned.