Other families in Herat have been forced to sell their children in order to repay their debts. 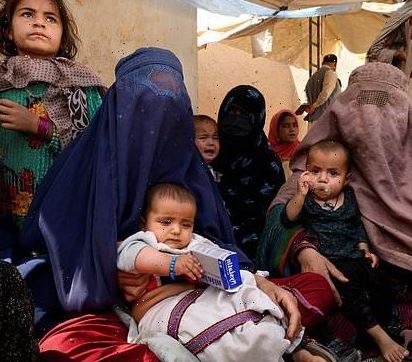 Due to the hardship in Afghanistan caused by the economy which is at the brink of collapse, families are being forced to sell their children to pay off debts.

One destitute mother, who earns just 50p a day working as a housecleaner in the western city of Herat, owes £400 to a man she borrowed money from to feed her family.

The woman, identified as Saleha, has been told by the lender he will write off the debt if she sells him her three-year-old daughter Najiba, reports The Wall Street Journal.

If Saleha, 40, does not pay the debt back in three months, her daughter will be moved out of her family home to work in the lender’s house before she is married off to one of his sons when she reaches puberty.

Saleha’s situation is not rare in Afghanistan, which is facing a humanitarian crisis as cash reserves run low and international aid is cut off.

Other families in Herat have been forced to sell their children in order to repay their debts, residents said.

Since the Taliban took over Afghanistan in August, the country’s economy is on the brink of collapse.

That has seen the value of its currency collapse even though hard notes are in short supply, while prices for basic goods have soared due to shortages, with the UN warning that food could run dangerously low soon.