Hussaini disclosed that the Njaba Local Government Council did not inform the police about the meeting with traditional rulers where gunmen killed two of the rulers. 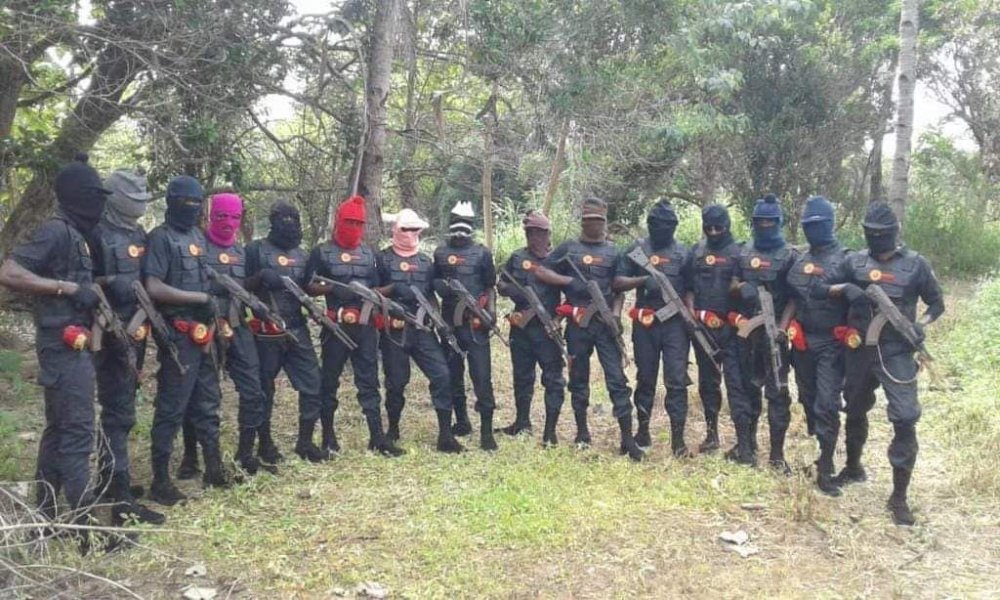 ESN
The police in Imo state has accused members of the Indigenous People of Biafra, IPOB, and the Eastern Security Network, ESN of being responsible for the death of two traditional rulers in Imo state yesterday.
The Imo State Police Commissioner, Rabiu Hussaini made the allegation on Wednesday.
Hussaini disclosed that the Njaba Local Government Council did not inform the police about the meeting with traditional rulers where gunmen killed two of the rulers, NAN reports.
Unknown gunmen had killed some traditional rulers during their meeting at Nnenasa community, Njaba Local Government Area of the State on Tuesday.
However, the Commissioner disclosed that he deployed his men to the venue of the incident on getting the information.
In a statement by the State Command’s spokesman, CSP Mike Abattam, the Commission said: “Since hoodlums razed Njaba Police Division and killed two officers, only policemen on vehicular patrol were posted to the area to help check crime.
“When the command got wind of the attack, the Commissioner of police mobilised the command’s tactical unit to the meeting venue to foil the attack.
“At about 3p.m., information was received that hoodlums, suspected to be members of the proscribed Independent People of Biafra/Eastern Security Network (IPOB/ESN) were attacking the venue.
“It was at where the Transitional Chairman of Njaba Local Government Council, Mr Emeka Ihenacho, was holding a meeting with some tranditional rulers.
“The Commissioner of police immediately dispatched the command’s tactical team to the scene and on their arrival, they were informed that the hoodlums had fled into the bush on sighting the police.
“At the scene, it was revealed that the council’s transitional chairman had invited and was having a meeting with 15 traditional rulers of Njaba communities without informing the police or other security agencies.
“While the meeting was in progress, bandits suspected to be IPOB/ESN members came and started shooting at them indiscriminately, after which they ran back into the bush.”
Top Stories