The suspect was accused of molesting three sisters aged 15, 11 and six years old; all daughters of his friend. 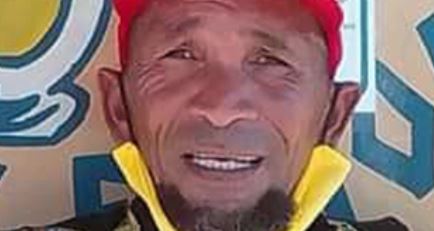 A 48-year-old man was arraigned at the Mitchells Plain Court, Cape Town, South Africa on Thursday morning, October 21 after he was accused of s*xually molesting three underaged sisters.

Nazeem Africa is accused of molesting three sisters aged 15, 11 and six years old; all daughters of his friend.

Africa was said to have ma*turbated on the 11-year-old girl and also touched the oldest girl’s bre*sts.

Speaking to Daily Voice, the father of the victims said that last week, the suspect went to fetch the youngest from school as he usually did and then gave her a bath.

"According to my daughter he went to the bathroom with her and bathed her and put lotion on her and then kissed her on the v*gina,” said the father of the victims.

"When the eldest daughter arrived home, she saw that her sister was crying hysterically but at the time she was alone.

The six-year-old shared what happened and when the suspect came back home, the 15-year-old asked why he did that to her baby sister and he denied it and said he swore on the Qur’an he never did that."

The 47-year-old father said the man ran away from the home they shared.

"I guess he was running away from the confrontation because we trusted him with our daughters," he said.

"And my daughters also trusted him, and he had the audacity to ma*turbate on my 11-year-old and also touch my eldest daughter’s bre*sts.”

The heartbroken dad saw Africa for the first time since the revelation on Thursday, adding that the suspect cried in front of the magistrate.

He has too many charges, s*xual assault and r*pe.

"The investigating officer informed me that the fact that he put his fingers in my daughter’s private parts, it means r*pe.”

The case was postponed to 3 December. 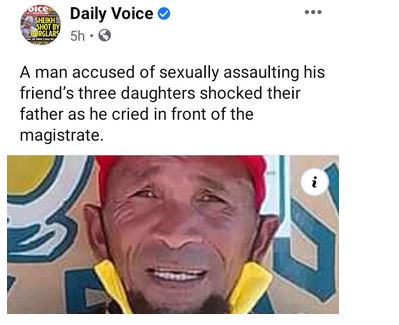