At the party, Tiwa was seen with former Big Brother Naija Lockdown housemate, Dorathy Bachor, who shared the video on her Instagram story. 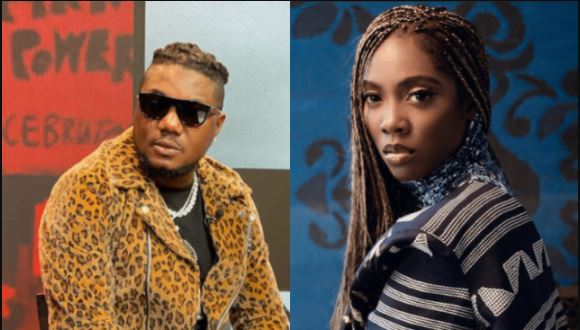 Tiwa Savage; the iconic Nigerian singer, and reality TV star, Dorathy Bachor, were among the celebrity guests at CDQ’s listening party for his new album, Vibes and Lifestyle.

At the party, Tiwa was seen with former Big Brother Naija Lockdown housemate, Dorathy Bachor, who shared the video on her Instagram story.

Born Yusuf Sodiq, CDQ released Vibe and Lifestyle on Friday, which is his third album after Quality (2016) and Ibile Mugabe (2018).

Despite the saga, Tiwa turned up at the listening party which was held on Friday night at the Lekki Phase 1 area of Lagos.

Asides CDQ’s party, Tiwa had made an earlier appearance at a building site on Thursday, amid her sex tape drama.

Two weeks ago, Tiwa Savage had revealed during an interview with American OAP, Angie Martinez of Power 105.1, that she was being blackmailed by an unknown person who threatened to release a s*x tape that featured her and her current lover.

The Koroba singer revealed that the blackmailer demanded money from her so as not to release the s*x tape but she has decided not to pay the money.

On Monday night, a s*x tape leaked online. While the face of the man involved in it did not show, the lady in the video bears a close resemblance with Tiwa Savage.

As the video went viral, some celebrities drummed up support for the singer, as they uploaded her picture and hailed her on social media.

However, some celebrities like actress Georgina Onuoha stated that such supporters did a disservice to the singer by their actions.

Amid the scandal, Tiwa Savage had said, “Charge that sh*t to the game and never speak on it again.”