Seeing the number of people the woman brought, the man abandoned her with the hefty $3,100 bill, refusing to pay for her family member's meal. 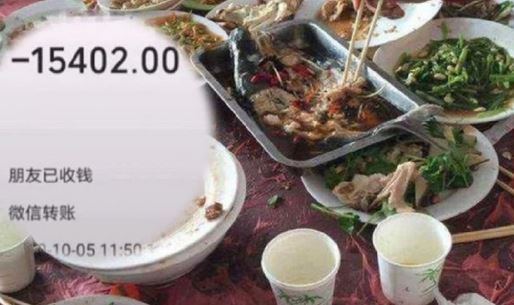 A woman got more than what she bargained for after she brought 23 family members on her blind date to test the generosity of her date.

The woman was meeting with a man known as Mr. Lui, 29, at a restaurant in eastern Chinese province of Zhejiang according to local paper Taizhou Evening News.

It had been Mr. Lui’s mom who had set up the meeting after becoming concerned about her son's lack of dating life.

In a hope to impress his date, Mr. Lui had agreed to pay for the meal, not realizing that her entire extended family would be joining them.

However, seeing the number of people the woman brought, the man abandoned her with the hefty $3,100 bill, refusing to pay for her family member's meal.

The woman explained to local media that she had wanted to test her date’s generosity before committing to a relationship.

The woman's story was shared on Weibo where it went viral and attracted over 260 million views, with most commenters siding with Liu and condemning the girl.

"Even an idiot would never bring 23 people to a date," one commenter said.