Anambra 2021: Police To Hold ‘Show-Of-Force’ Against IPOB, Deploy 34,587 Officers Ahead of Election


In a 25-page document released by the police headquarters, the operation will take place in all the three senatorial districts of Anambra state. 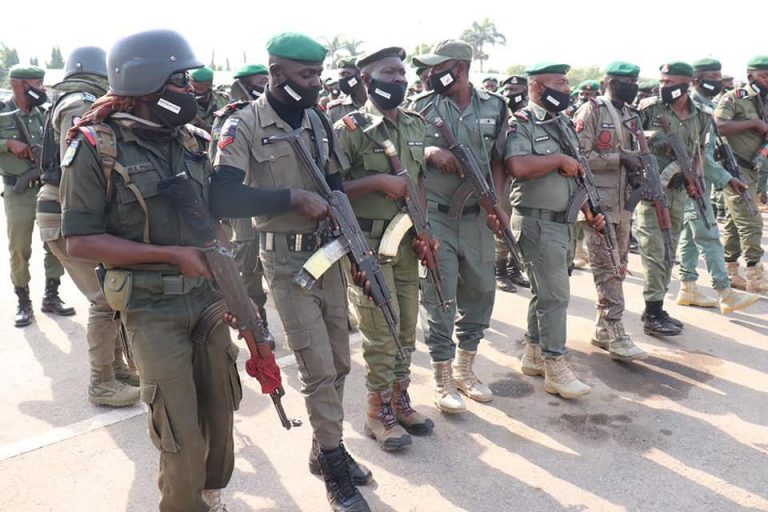 Over 35,000 police officers will be deployed to Anambra state ahead of the November 6 governorship election.
This comes as the Nigerian Police Force (NPF) announced plans to carry out an operation on November 4 and 5, 2021 in Anambra State.
In a 25-page document released by the police headquarters, the operation will take place in all the three senatorial districts of Anambra state.
The document revealed that the operation is to tackle the activities of the outlawed Indigenous People of Biafra (IPOB) and its armed wing, the Eastern Security Network (ESN) ahead of the election.
According to FIJ, the personnel to carry out the operation would be drawn from 27 state police commands, which are: Anambra, Delta, Ondo, Oyo, Ogun, Osun, Ekiti, Lagos, Edo, Imo, Abia, Rivers, Bayelsa, Kogi, Akwa Ibom, Benue, Niger, Nasarawa, Enugu, Ebonyi, Cross River, Kano, Kwara, Plateau, Bauchi and Taraba.
Personnel from the Federal Capital Territory (FCT) command and visiting police officers from the IGP’s secretariat, force headquarters, etcetera, will also be in the state for the election.
According to the police operation order for the Anambra election, the Divisional Police Officers (DPOs) across the state’s land borders such as Ndoni/Ogbaru in Rivers State, Asaba/Ogbaru in Delta State and others are to ensure the lockdown of the borders.
Police Mobile Force (PMF), Counter Terrorist Unit (CTU) and military officers would be equally deployed to enforce restrictions of movement along the identified roads throughout the period of the election.
Recall that the Inspector General of Police (IGP), Usman Baba, had warned separatists who are planning to disrupt the upcoming governorship elections in Anambra State to have a rethink or be prepared to face the consequences.
He disclosed that the police has concluded arrangements to deploy 34,587, personnel to Anambra State to ensure a safe, secure and credible electoral process ahead of the November 6, governorship elections in the state.
Top Stories