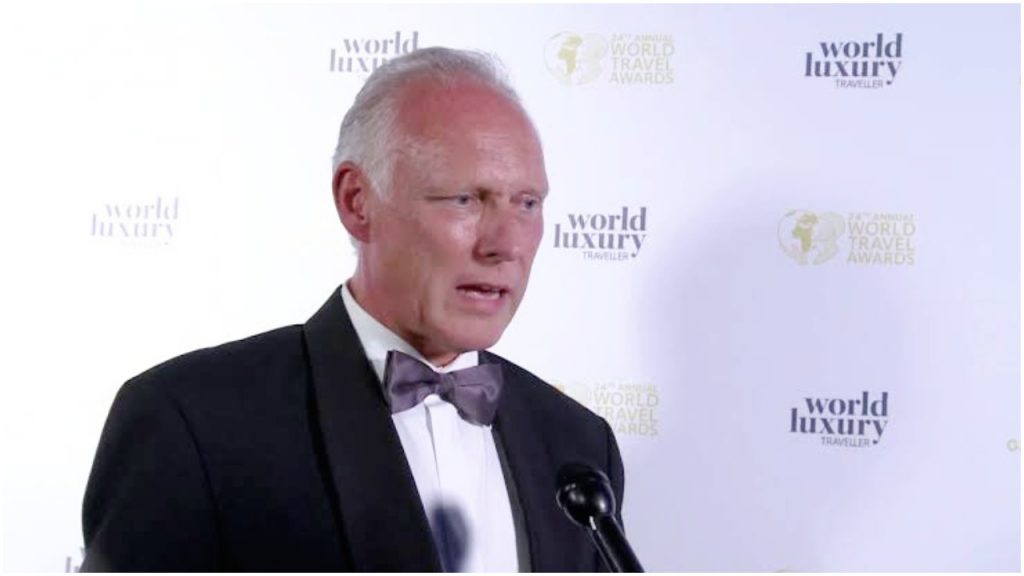 Nijhof
A call has been made for the sack and prosecution of Rex A.G. Nijhof, the General Manager of Sheraton Hotels.
According to a report by DailyPost, Nijhof, a Dutch is alleged to have physically assaulted staff in total disregard for labour laws and best practices.
As a result, Labour unions in Nigeria have called for his sack.
The GM is also accused of converting the entire workforce to casual and contract staff renewable every two years.
The Hotel and Personal Services Senior Staff Association (HAPSSSA) and National Union of Hotels and Personal Services Workers (NUHPSW) wrote to Marriott International, the managers of Sheraton Hotels.
Gbenga Isola and Mohammed Usman, HAPSSSA and NUHPSW secretaries disclosed that workers have been wearing a red band on their arms to register their grievances.
In the letter to Marriott, the unions said on October 3, 2021, a head of department and some senior workers visited Nijhof to mark his birthday.
They recalled that the well-wishers went with a cake and a bottle of wine to celebrate with the GM.
But at a point, Nijhof “abused and dehumanized the Cluster Director of Human Resources, the leader of the delegation, slapped him on his chest and pushed him out of his door to the amazement of others”.
The next day, October 4, the official angrily returned the cake during a management meeting.
The letter revealed how Nijhof seized a room long allocated to the Director of Security and served as a location for response to emergencies.
“Mr Rex turned the room to his bicycles parking lot while the man was still occupying the room before being finally ejected. Millions of naira was spent purchasing brand new items for his own apartment in the hotel,” it said.
The unions further accused Nijhof of giving the status of permanent staff to those he employed, shunning casual workers who have diligently served Sheraton for 10 years.
“Mr Rex has created a serious unease in the minds of the workforce because if the Director of Human Resources can be dehumanized this way, it suggests that no one is safe,” the letter added.
HAPSSSA and NUHPSW informed Marriott that Nijhof had set a “very dangerous precedence”.
“In the light of this very unfortunate situation, we demand the resignation of Mr Rex with immediate effect to save the hotel from the pending shame and ridicule his actions are bringing to the hotel and the entire workforce”, the letter said.
In a statement on Tuesday, Nanji Tyem, Sheraton Hotels Director of Communications confirmed an inquiry was underway.
“We take these concerning allegations very seriously and our regional team began an investigation as soon as they were raised to us.
“We understand that this is a worrying situation for our team at the hotel, but we continue to work through the findings with our union partners,” he said.
Tyem stressed that the safety and wellbeing of employees and guests remain the first priority of the company.
In December 2020, Marriott International announced Nijhof as the GM for its properties in Nigeria – Sheraton Lagos, Sheraton Abuja, and Four Points by Sheraton.
Nijhof’s experience in the hospitality sector spans more than 30 years, most of it spent with the Marriott International brand.
Top Stories