The Head of Information and Communication, Uche Okafor-Mefor, disclosed this in a statement urging the Indigenous People of Biafra (IPOB) not to deny the people of the state from voting. 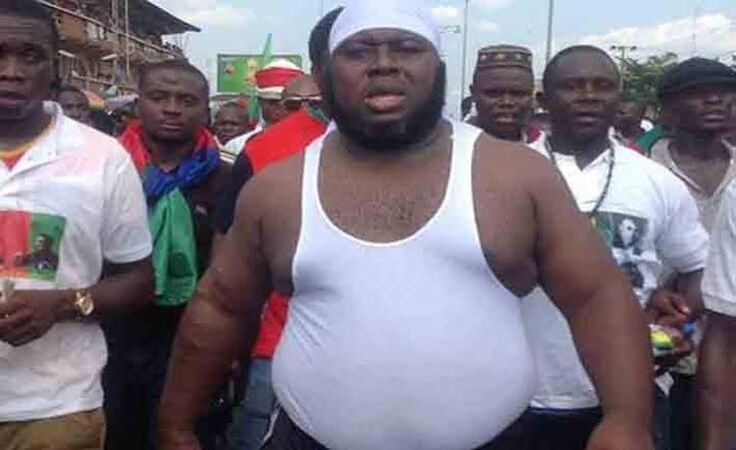 Mujahid Asari Dokubo, the leader of the de facto customary government of Biafra has said the November 6, 2021 governorship election in Anambra State will hold as scheduled by the Independent National Electoral Commission (INEC).

The Head of Information and Communication, Uche Okafor-Mefor, disclosed this in a statement urging the Indigenous People of Biafra (IPOB) not to deny the people of the state from voting.

IPOB had declared a one week sit-at-home protest across the South-East states starting from November 5, the eve of Anambra governorship election.

The group said the protest was aimed at prevailing on the Nigerian government to release Nnamdi Kanu.

It vowed that the protest would go on as planned if Kanu was not released before November 4.

Kanu is facing trial on a seven-count amended charge bordering on treason and terrorism.

The Nigerian government had blamed the IPOB leader for the murder of Dr. Chike Akunyili, the husband of a former Director-General of the National Agency for Food and Drug Administration and Control, late Prof. Dora Akunyili.

A Presidential committee set up by the President had also accused Kanu of being responsible for the murder of a former presidential aide, Ahmad Gulak, and over 184 others in the South-East.

He said, “The government of Biafra hereby declares as follows; the hydra-headed government believes absolutely in the sanctity of human life – the protection of lives in the Biafran territory – and therefore condemns in no uncertain terms the ongoing wanton destruction of lives and properties in Biafraland by both state and non-state actors irrespective of their motives.

“That the De Facto Customary Government of Biafra extols the democratic ethos for which Biafrans are known and as such declares support for the people of Biafra to exercise their democratic rights to vote and be voted for in Biafraland in the current and future elections.

“That in line with this pronouncement, the De Facto Customary Government of Biafra affirms that elections in Anambra State and elsewhere in Biafraland must hold by the extant laws; that any boycott of the Anambra elections and others elsewhere remains fruitless, counterproductive and would be incapable of invalidating the electoral process because a winner must emerge eventually by the circumstances strongly urged to go out and vote for the preferred candidates of their choices.

“That the continued violent campaign for the boycott of elections and other ancillary unethical conducts which are inimical to the advancement of the Biafran cause are subsequently frowned at and as such must be discouraged forthwith.

“That the proponents of this self-annihilating strategy must be reminded that in reality, the best way to be in control of political power is by engaging and by going through the democratic process itself or they will otherwise and in effect be aiding and abating the same Fulani-controlled Nigerian state to all the more heavily militarise Biafraland, impose a state of emergency, kill more Biafrans, ultimately rig the elections and fraudulently install their stooges.”