HURIWA criticised the militarization of the assembly complex and the process of the impeachment of the speaker was carried out stating that it conflicted with the constitution. 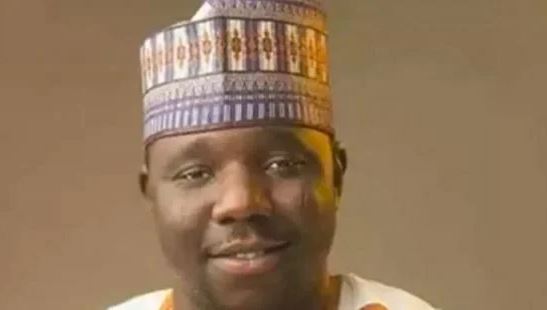 The impeachment of the Speaker of the Plateau State House of Assembly, Honorable Ayuba Abok on Thursday has been condemned by the Human Rights Writers Association of Nigeria.

In a statement signed by its National Coordinator, Comrade Emmanuel Onwubiko and National Media Affairs Officer, Miss Zainab Yusuf, the group called the impeachment illegal, unconstitutional and undemocratic noting that only eight out of the 24 member house participated in the motion.

HURIWA criticised the militarization of the assembly complex and the process of the impeachment of the speaker was carried out stating that it conflicted with the constitution.

The statement read in part, “It is against the tenet of democracy to militarize a constitutional democratic assembly. The action of the minority conflicts with Section 92(c) of the Constitution specifying that a speaker can only be removed from office by a resolution of House of Assembly by the votes of not less than two-thirds majority of the members of the House.

“Are these politicians in Jos so mathematically incapable of knowing that 8 is not the two third majority in a House of 24 legislators?”

The group also alleged that the Speaker’s position in championing the cause of ethnic Christians against alleged “Fulani terrorists” contributed to his removal and was influenced by the state governor, Simon Lalong.

“The removal of the speaker who had championed the need for the Ethnic Christians who are the bonafide owners of Plateau State to be protected from persisted Fulani terrorists and genocides shows that the Plateau State Governor Mr Simon Lanlong is a puppet of the Sokoto caliphate.

“The impeachment is not unconnected with the recent ultimatum given to the governor by the hitherto vibrant and pro-people Parliament following incessant killings of helpless and defenceless citizens in the state with Bassa Local Government being the worst hit.”

According to HURIWA, the governor’s failure to address insecurity in the state and a possible impeachment led him to allegedly orchestrate the impeachment of the State Assembly’s Speaker.