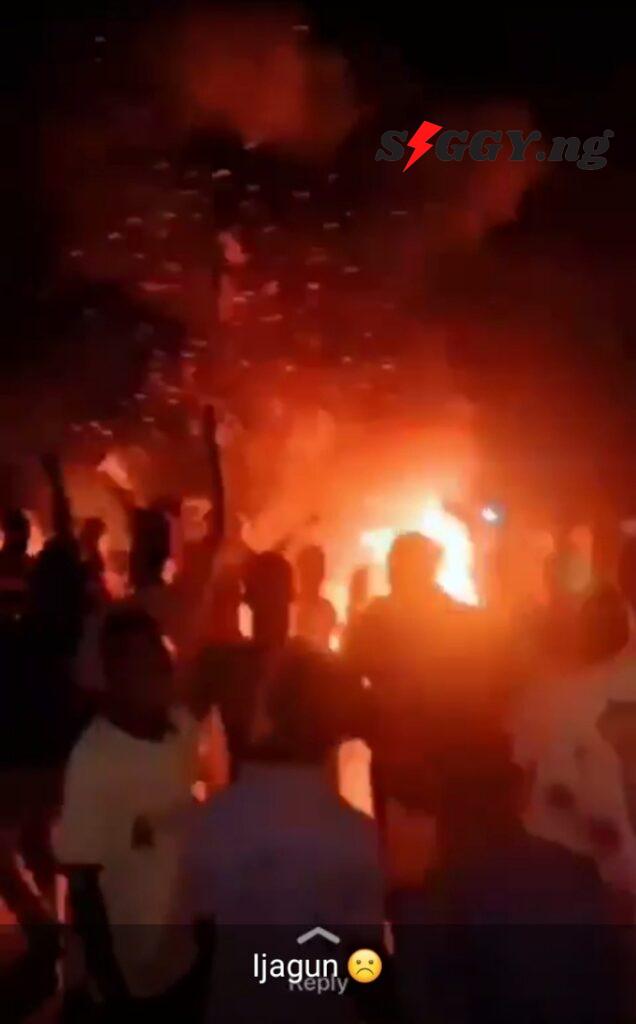 TASUED student protest
A massive protest has rocked Tai Solarin University of Education (TASUED), Ijagun in Ijebu Ode, Ogun State on Friday over arrest of the school's Student Union President.
It was gathered that men of the Nigerian army allegedly invaded the school and assaulted the SUG president and other students before taking them away.
The SUP (Students Union President) has been identified as Sodiq Ridwan, popularly known as Reliable Surz.
It was gathered that Reliable Surz and many other students were taken into custody by soldiers attached to Ilese Barracks.
A student said the students were moving in different cars when Army personnel stopped them around Conoil Filling Station.
“They stopped students’ cars, ordered them to step out and were checking their phones. As they stopped more cars, the situation got tense.
“Expectedly, students called the SUP on the phone. Ridwan rushed to the scene but was arrested. Many other students were taken too.”
Another source told Siggy that the students got unruly as they moved in a convoy in continuation of final year examination celebration.
TASUED Vice Chancellor, Prof. Wole Banjo confirmed that the military personnel arrested the students.
“I appeal to students to stay calm. I assure you that we are working to ensure the peaceful resolution of the matter”, the VC said.
Commissioner for Education, Prof. Abayomi Arigbabu, gave a similar assurance: “We are on top of the situation.”
Deputy Director, Army Public Relations 2 Division Ibadan, Captain Ikedichi Iweha, promised to find out details of the incident and revert.
“I am just hearing it from you. I will make calls and provide an update later”, the spokesman said.
Later in the day the students who are in exam period left their hostels and set up burning tyres at the school second gate at Ijagun.
The students union declared 29th October 2021, Friday as lecture free Day for protest.
Watch video below:
Top Stories