But in a new interview with iFL TV, the Brit admitted that he now knows where he went wrong. 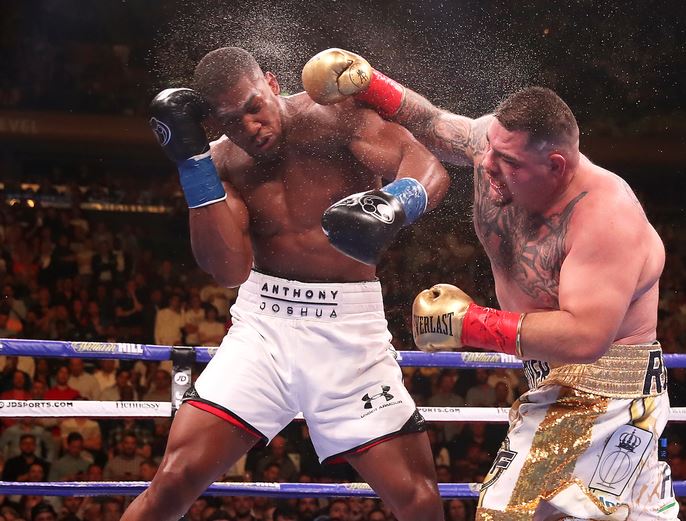 Joshua lost to Ruiz in their first meeting

World-famous boxer, Anthony Joshua has spoken up, revealing that he actually found out why he lost to Andy Ruiz Jr two weeks after their June 2019 bout.

The Mexican-American, who was a late replacement for Jarrell Miller, shocked the world at Madison Square Garden as he knocked Joshua out.

AJ was initially at a loss to describe what happened.

But in a new interview with iFL TV, the Brit admitted that he now knows where he went wrong.

He also added that he refused to make excuses at the time - making digs at Deontay Wilder and David Haye in the process.

Joshua, 32, said: "I was looking for a replacement. Realistically, at top level we need another 10 weeks to prepare for this style of fight, but whatever bring him on.

"It was interesting because I found out certain pieces of information two weeks after the fight as to why certain things were going the way they were going.

"It gave me reason, so what people call excuses… I could have been like my baby toe was hurting. Ruiz had machine-gun bullets in his glove.

"Whatever excuse I could have thought of at the time, I could have come up with. I felt like I had reason, I handled it myself. Every day I woke up, I looked at myself in the mirror."

His comments look to be clear digs at Wilder and Haye.

Wilder, 36, accused Tyson Fury of cheating by tampering with his gloves during their second fight.

While Haye blamed a broken toe for his 2011 loss to Wladimir Klitschko.

Despite making a dig at Wilder, Joshua is more than willing to fight the Bronze Bomber next year after his rematch with Oleksandr Usyk.

He added: "If the fans can't see I would take these fights with the fighters like Wilder in a heartbeat,.

"And I want people to know that I would fight anyone in their prime or anytime.

"I will take on any challenge providing politics aren't an issue and the finances are there with these guys, people know what I am about.

"I think Wilder fought (Tyson) Fury thinking it was going to be easier than his previous fights and got caught in a trilogy web.

"But would I fight Wilder? Yes I would.

Joshua has recently been training in America, working with the likes of Ronnie Shields across the pond.