Two outstanding Nigerian musicians, Wizkid and Tems have been nominated for The 2021 Soul Train Awards. 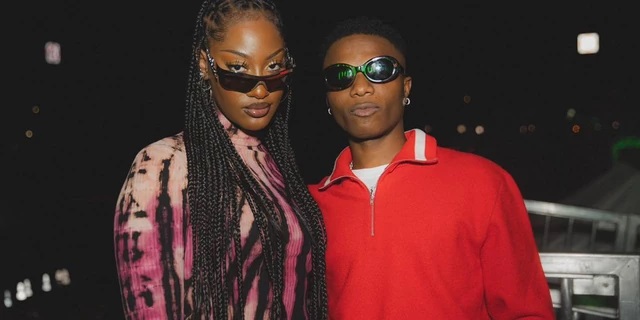 Tems and Wizkid
Popular Nigerian musician, Wizkid has been nominated alongside fellow singer, Tems in the 2021 Soul Train Awards.
Wizkid's and Tems' nominations come in the Song of The Year, Video of The Year, The Ashford and Simpson songwriter’s award and Best Collaboration for the groundbreaking single, 'Essence.'
Wizkid then bags a nomination for Album of The Year, for Made In Lagos, while Tems bags another nomination for Best New Artist.
The two have been phenomenal this year following their collaborations.
The Soul Train Music Awards is an annual music awards show which previously aired in national broadcast syndication, and honors the best in African-American culture music and entertainment.
It is produced by the makers of Soul Train, the program from which it takes its name, and features musical performances by various contemporary R&B and soul music recording artists interspersed throughout the ceremonies. The special traditionally used to air in either February, March or April, but now airs the last weekend of November.
This year's award will hold on November 20, 2021 at the Apollo Theatre, and it will be hosted by Tichina Arnold and Tisha Campbell.
Top Stories