Woman Sets Husband's House Ablaze After Being Locked Out


The woman was said to be upset because her husband refused her from entering the house before she set the house on fire. 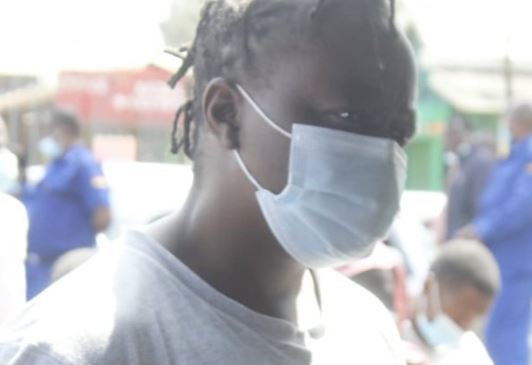 A woman identified as Esther Mummy Wabisa has been arraigned in court for allegedly setting her husband's house ablaze for locking her out in Kenya.

The incident was said to have occurred shortly after she Wabisa arrived at Nairobi’s Akila Estate in South C area, from her rural home in Bungoma on October 28.

Court documents revealed that Esther usually visits her husband during school holidays and when the children were around.

However upon arriving the estate, she was turned away by the guard who asked her to inform her husband about her impromptu visit. Esther however claimed that she called him several times, but he never picked.

She was said to have attacked her husband after forcefully jumping over a fence, to gain access to his compound.  Esther is alleged to have bitten him on the bicep prompting the husband to run to the police station to report the assault case.

While her husband was at the police station, she torched the house. Fire extinguishers were reportedly brought in to put off the fire that had razed down the entire house including an adjacent house that was still under renovation.

Police however managed to retrieve a black bag that had a bus ticket from Bungoma to Nairobi dated October 28, which was believed to be that of the accused person. This led to her arrest and she was later on taken to court where she asked for leniency.

The court having considered all the sentiments, granted her a bond of Ksh1 Million without alternative. The matter was adjourned to November 15.