According to reports, Oseni had gone to visit his friend, Femi Osibona at the ill-fated 21-storey building on Gerrard Road, Ikoyi before the unfortunate incident. 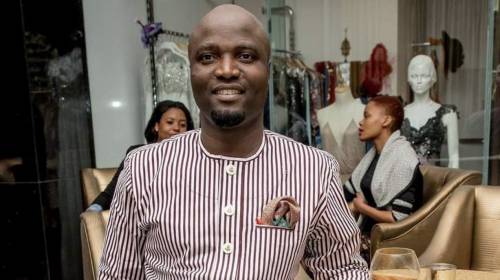 Wale Bob-Oseni, a US-based real estate dealer, is among the victims of the building collapse which happened in Ikoyi, Lagos on Monday, reports have shown.

According to reports, Oseni had gone to visit his friend, Femi Osibona at the ill-fated 21-storey building on Gerrard Road, Ikoyi before the unfortunate incident.

AFP reports that Oseni was on his way to the United States on Monday when he got a call from Osibona, to check out the ongoing development.

Oseni's sister, Damilola Otunla, who spoke with the news agency had remained at the site engaging in a three-day vigil for her brother who was believed to have been inside the high-rise building when it collapsed.

When she heard the news of the disaster on Monday, she immediately rushed to the scene from her home in Ogun State.

Wearing the same grey hoodie, black shorts and flip flops since Monday, Damilola looked sad, her eyes empty, as she recalled how her much older brother acted like a father.

“He took me like his own daughter,” she added.

She was angry with the slow pace of the daily rescue efforts, which had not started as of 8:30 am Wednesday.

“It is like they have made their decision already,” she said.

Other family members were also at the scene.

Bob-Oseni lived in Maryland, America, but had been home for the past few months and was visiting a friend working on the building site, his family said.

In a video, a man believed to be the victim’s driver was seen crying, saying he was to take his boss to the Lagos airport.

He said, “He was heading to America. I want to go and drop him at the airport.”

Two more bodies were pulled out early Wednesday from the debris of the collapsed building, bringing the death toll to 22 people, the National Emergency Management Agency disclosed.

SaharaReporters earlier reported on Thursday that no fewer than 36 persons have been confirmed dead at the site of the 21-storey building that collapsed on Monday.

The rescue and emergency personnel have evacuated nine persons alive from the debris of the fallen building.

The survivors comprised eight males and one female, while the fatalities had three females and 33 males.

The 21-storey building was still under construction when it crumbled on Monday in the upscale Ikoyi neighbourhood of Nigeria’s commercial capital.

Meanwhile, Lagos Governor, Babajide Sanwo-Olu has directed the establishment of an independent panel to probe the disaster.

Members will be drawn from the Nigeria Institute of Architects (NIA), Nigerian Institute of Town Planners (NITP), Nigeria Society of Engineers (NSE) and other professional bodies.

The committee will investigate the remote and immediate causes of the incident and make recommendations on how to prevent future occurrences.

“The investigation is not part of the internal probe already being conducted by the government,” Information Commissioner, Gbenga Omotoso had announced in a statement.

Sanwo-Olu had also vowed to bring those responsible for the disaster to justice.

The Deputy Governor of Lagos, Dr Obafemi Hamzat, who visited the site amid tight security, explained that the premises of the collapsed building had been sealed by the government agency in charge of testing, for more investigation into the integrity of the structure.