Basketmouth took his verified Instagram page to share a picture of his wife, dressed in a wedding gown. 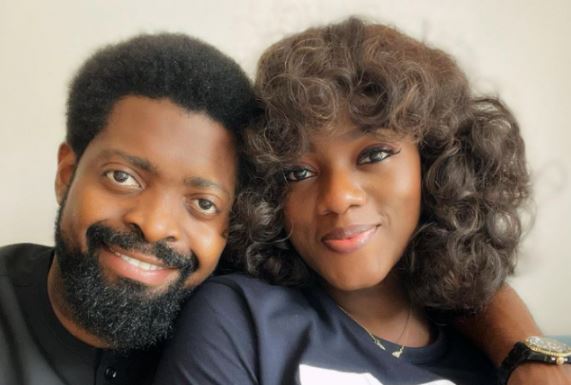 Basketmouth and his wife

Bright Okpocha, the ace comedian, who is also known as Basketmouth, and his wife, Elsie, on Saturday marked their 11th year anniversary.

Basketmouth took his verified Instagram page to share a picture of his wife, dressed in a wedding gown.

He wrote, “11 years ago, she said ‘I Do’ and she did. Happy birthday to you my love @elsieokpocha.”

Basketmouth married his wife in 2010 and they have three children together, Janelle, Jason, and Maya Okpocha. However, the comedian had a child before his marriage, named Amy.

They welcomed their last child in June, but kept the announcement till July, which was also Elsie’s birthday.

According to Basketmouth’s wife, she was rejected in two hospitals while she was in labour for the last child.

Sharing her testimony, Elsie wrote, “My little miracle….. So let me share my testimony with you. So on the day I put to birth, I was rejected by two hospitals (I had registered in one of them) even though labour had started and my contractions were happening every two minutes.

“Their reason was that I hadn’t done my antenatal with them, so they didn’t want to take me in case there was an emergency.” (sic)

According to her, after 40 minutes of driving back and forth, she was eventually admitted in a hospital at Victoria Island.