Tompolo Offers Sacrifice To The King Of The River (Photos)


In photos shared online by GbaramatuVoice, Tompolo alongside his aides offered the sacrifice at a river. 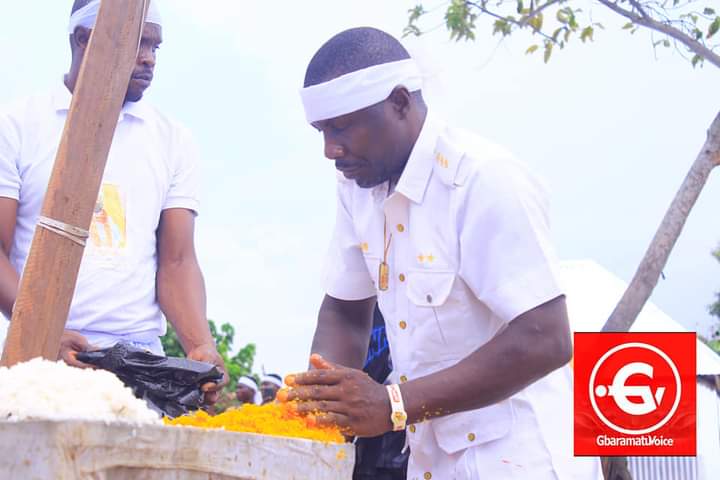 Tompolo offers sacrifice to the gods
A  former Nigerian militant commander of the Movement for the Emancipation of the Niger Delta and the chief priest of the Egbesu deity, Tompolo has offered a sacrifice to the king of the river.
In photos shared online by GbaramatuVoice, Tompolo alongside his aides offered the sacrifice at a river.
Here is the full report by GbaramatuVoice:
Each year, the people ot Gbaramatu Kingdom in Delta State, Nigeria offer thanks to Sarabobouwei (Oweiseimor Binipere) King of the river. Thought to be over 700 years old, this festival is in honour of an ancient deity that guards the entrance of the territorial waters of the ancient kingdom. This deity is the defender of the waters; it protects against any external enemy that comes within the premises of the Gbaramatu kingdom.
The Ijaw people, as fishermen and women, face alot of sea danger in their fishing expedition; some experience boat submerging at the sea through high waves, through unexpected turbulence etc. Oweisemor Binipere, the king of the sea, they say, will often come to their rescue at the sea. No danger at the waters will consume them as the deity oversees, protects and empowers them with riches.
Today, High Chief Government Oweizide Ekpemupolo a.k.a Tompolo has made it happen in the move to revive this ancient phenomenon that, the people believe, has not been given its right of place in the tradition of the people for its potent power, for some decades. The deity that has not been served for years has gotten a new high priest from the family lineage that has previously served it before now. Ikeretimi Marvelous Agbunase is the new chief priest of Oweisemor Binipere deity at Sarabobou community at the entrance of the Gbaramatu kingdom, it sees from the Escravos River.
Significantly, the deity is believed to be a great defender of the water borderline of the Gbaramatu people. Whoever losses his/her way along the seashore will be protected and Binipere will bring them back home. And another magical power of this deity is that if a canoe capsizes in the river, the next day, the deity will bring out the lost properties magically to the bank of the sea for the owner(s) to receive and give thanks to the deity by pouring libations and sacrifices of thankfulness. It is a belief system among the Ijaws of Gbaramatu as a serving deity that brings abundant wealth and protection to the believers.
Those who serve this deity, they say, have never been disappointed by his powers of blessings over the years.
The coming of the deity according to them at this time, they believe, will help the Niger Delta region to bring back the lost glories of development been faced by the region which Tompolo has stood to be the bridges to interconnect this developmental visions of the Niger Delta people. 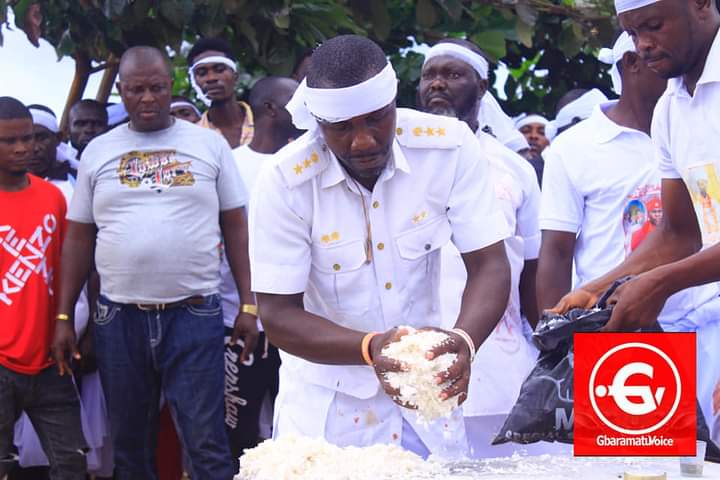 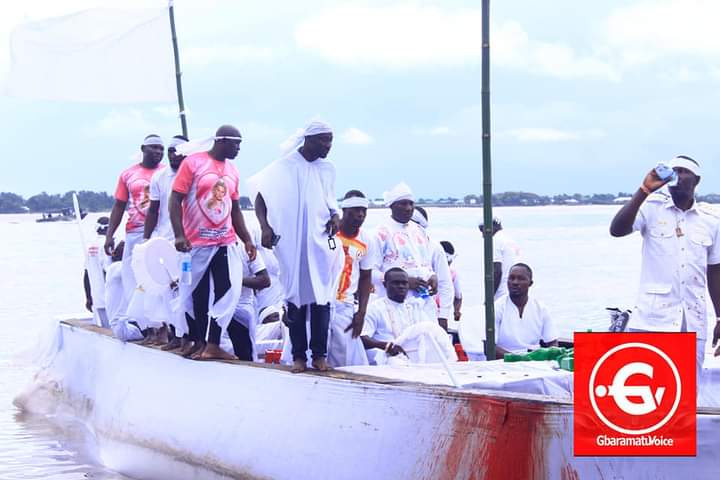