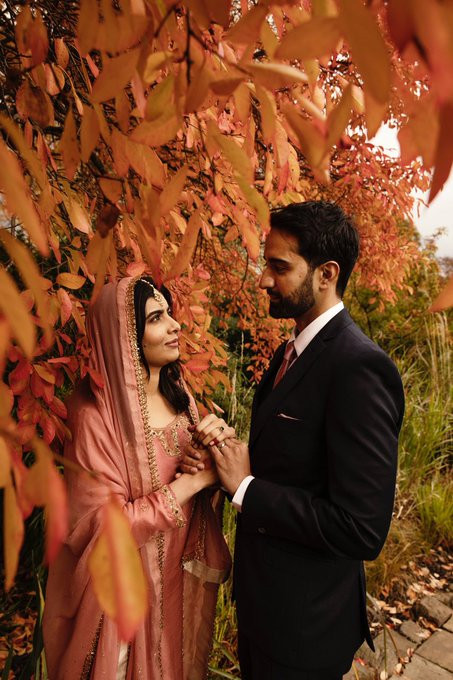 Malala marries th elove of her life
Nobel Laureate Malala Yousafzai has married her sweetheart, Asser Malik.
The duo tied the nuptial knot on Tuesday November, 9.
The 24-year-old  girls' education advocate and Nobel Peace Prize winner announced her marriage on Twitter.
The Pakistani activist who was shot in the head by a Taliban gunman in 2012 after angering them with her campaign for girls’ schooling, said a small service took place at her home in Birmingham and it was attended by family and friends.
Pictures showed her in a pink dress, while her partner wore a matching tie. She wrote;
"Today marks a precious day in my life. Asser and I tied the knot to be partners for life. We celebrated a small nikkah ceremony at home in Birmingham with our families. Please send us your prayers. We are excited to walk together for the journey ahead." 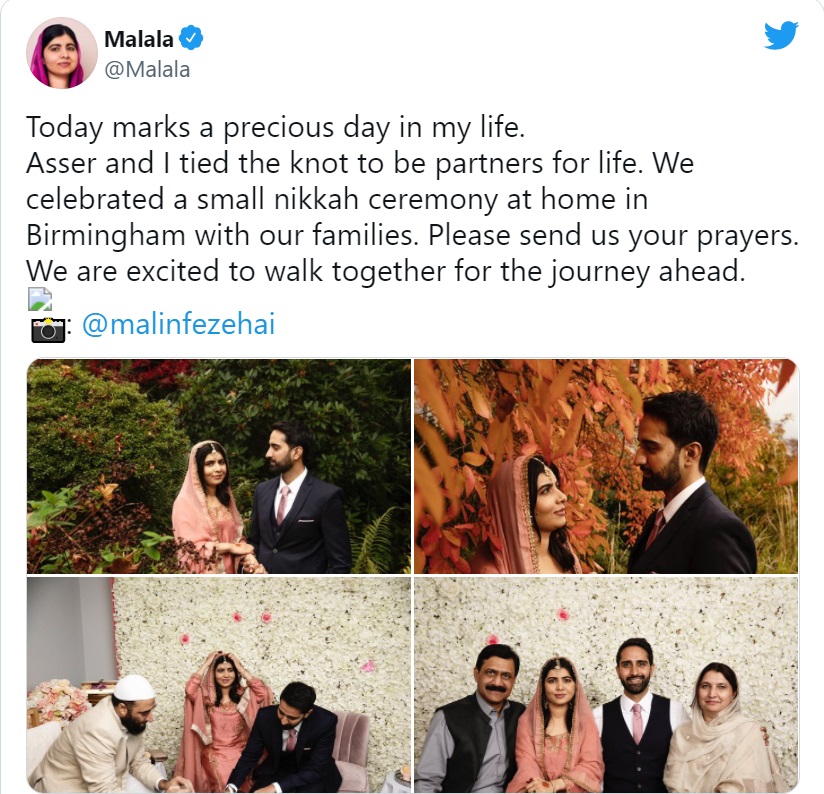 Asser also confirmed the news by posting photos from their wedding shoot with a heart emoji. A nikkah is an Islamic marriage contract.
Back in July, Malala revealed her thoughts about marriage during an interview with British Vogue. She said at the time;
"I still don't understand why people have to get married. If you want to have a person in your life, why do you have to sign marriage papers, why can't it just be a partnership?"
She added;
"My mum is like…‘Don't you dare say anything like that! You have to get married, marriage is beautiful.'"
Malala also revealed that her views on getting hitched began to change after seeing her peers making a lifelong commitment.
She said;
"Even until my second year of university, I just thought, ‘I'm never going to get married, never going to have kids–just going to do my work.
"I'm going to be happy and live with my family forever. I didn't realize that you're not the same person all the time. You change as well and you're growing."
Malala was 15 years old when she was attacked by a Taliban gunman on her way home from school in Pakistan. Once she moved to the United Kingdom to receive treatment in Birmingham, Malala began campaigning for human rights and helped co-found the Malala Fund, an organization that aims to help girls all over the world receive education.
The 2013, 2014 and 2015 issues of Time magazine featured her as one of the most influential people globally, and she graduated with a Bachelor of Arts degree in Philosophy, Politics and Economics from Oxford University in 2020. 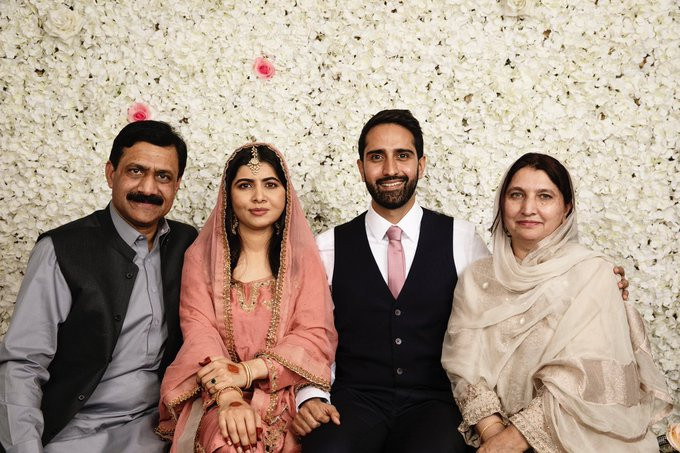