According to Rachael, she was turned down multiple times by filmmakers during auditions. 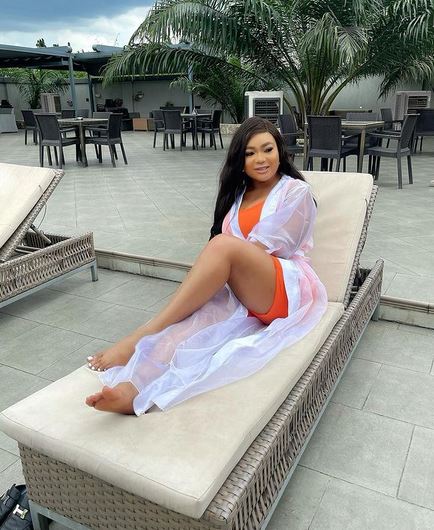 Nigerian actress, Rachael Okonkwo has talked about her early days in the movie industry.

She said some producers did not believe she had a chance on the big screen but she proved them wrong.

The actress stated this on Instagram on Wednesday night.

According to Rachael, she was turned down multiple times by filmmakers during auditions.

“Growing up as a young girl, with a far-reaching ambition, in an environment where there were little or no legacies or greatness to take after, I learned from an early age to draw strength from within.

“When I chose to pursue my dream as a movie star, not many producers believe I had a chance on the big screens. The journey to the ultimate goal didn’t come easy, there have been numerous days I turned up, did everything right but was turned down nevertheless but that didn’t stop me. The next day I still heat the audition ground like there was no discouragement. Today I live my dream as my everyday reality,” she wrote in parts.

Rachael started her career as a backup dancer for gospel singers like Gozie Okeke, Njideka Okeke and Paul Nwokocha before venturing into acting.