Despite the rescue of the victims, residents of the FCT still live in fear of the unknown because the last kidnap is just the latest series of insecurity facing the city. 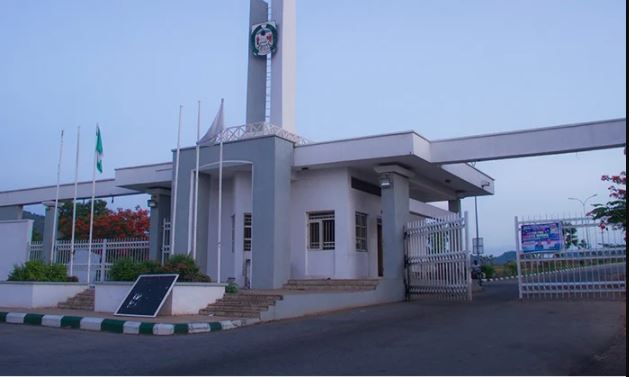 It will be recalled that only last week Tuesday, some dangerous gunmen stormed the staff quarters of the University of Abuja and kidnapped 6 persons, including a professor of economics and his son.

According to Daily Post, despite the rescue of the victims, residents of the FCT still live in fear of the unknown because the last kidnap is just the latest series of insecurity facing the city.

In February this year, a journalist with Punch Newspaper, Okechukwu Nnodim was kidnapped alongside 2 others in Kubwa, one of the satellite towns in the FCT.

In September, it took the combined efforts of the DSS and Police to rescue 11 persons kidnapped by gunmen along the Bwari axis of the FCT.

Last month, a journalist with Vanguard Newspaper, Tordue Salem, disappeared without a trace. According to security agencies, he was last seen in Garki axis.

This spike in kidnapping is generating fear among the residents of the FCT as DAILY POST has gathered.

Despite the Abuja Metropolis being one of the most developed cities in Nigeria, most civil servants and other workers live in some of the satellite towns due to the high cost of rents in the city.

Tobe Nwachukwu, who was planning an end of the year party for his secondary school old boys association had to make a last-minute change of plans. He told DAILY POST that the association was considering one of the farm resorts in Kuje Area Council, but due to security concerns, the association is considering a venue within the city.

“We already did a feasibility study, even went to the farm, did a cost analysis. The place is really lovely. However, the president of my old boys association directed that we can’t use that venue because of security challenges. He directed that we should look for another location.

“Coincidentally, the change of mind happened after the Uni-Abuja raid.”

Mr Nwachukwu’s case is not just a one-off incident, rather a trend. A female police officer in Abuja, who spoke with DAILY POST on the condition of anonymity, said she is considering withdrawing her two children from boarding school in the wake of the insecurity.

“My remaining children are definitely not going to boarding school. Even the one in boarding school, I am contemplating other options, but it is hard. I live in Nyanya, those children cannot be facing the type of traffic I am enduring.”

Furthermore, parents of the University of Abuja students are equally concerned about the development. A student of the school, who did not want her name cited, informed DAILY POST that her parents in Lagos had to institute strong measures to keep her safe.

“I am required to be in my room by 7:30 pm and to ensure my compliance, I am obligated to do a call with her every night. The truth is, what happens if bandits decide to raid like they did in Giri (Staff Quarters)? Those kidnapped were not roaming about.”

Days after the kidnap, security agents mounted checkpoints at the Mararaba-Nyanya axis, creating gridlock and untold hardship for people. Vehicles plying that road jacked-up transport fare from N150 to N1000 per passenger.