This was made known in a circular dated November 10, 2021, and signed by its Assistant Registrar, Mufutau Ibrahim. 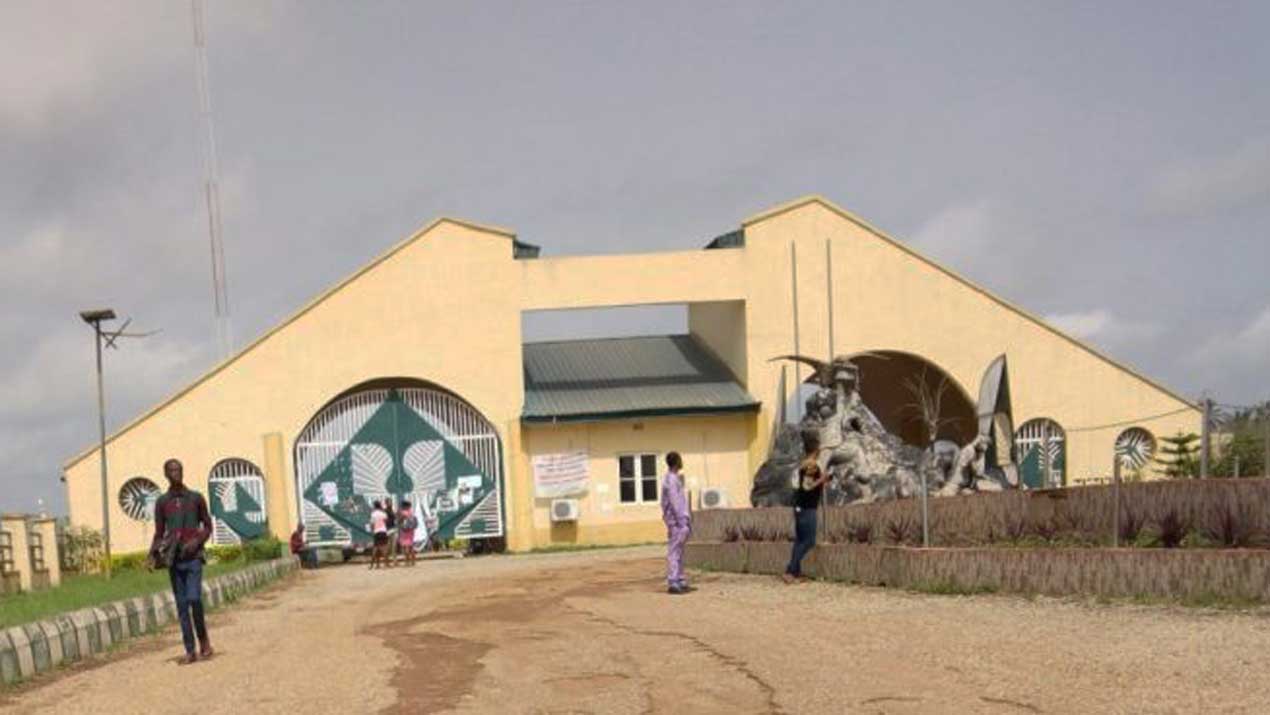 It has been revealed that the authorities of the Federal University of Oye-Ekiti, Ekiti State (FUOYE) have banned students from bringing cars to the school campus.

This was made known in a circular dated November 10, 2021, and signed by its Assistant Registrar, Mufutau Ibrahim.

The circular stated that the measure followed “disturbing reports” received by the institution’s management on reckless driving and illegal parking by students.

It reads, “The University Management has noted with deep disappointment, the indiscriminate and reckless driving by some students within the university.

“This has put commuters and pedestrians at high and unnecessary risk. Consequently, Management has directed that no student be allowed to drive/use any car on the University Campuses with immediate effect.” 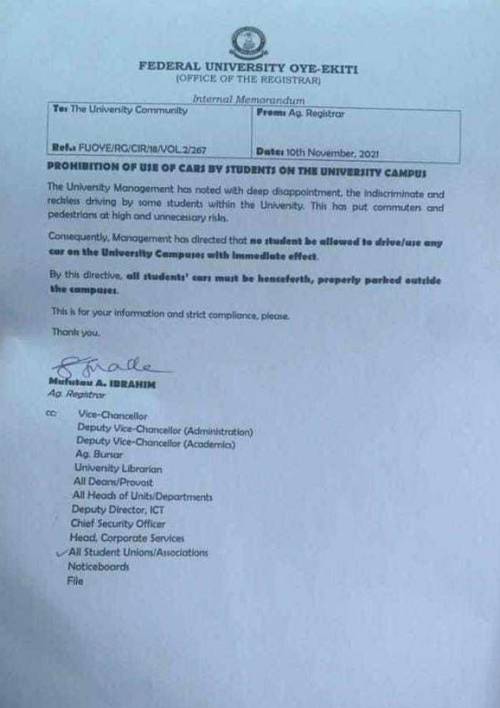 The university joins the list of higher institutions of learning in Nigeria that had placed such a ban.

On March 14, SaharaReporters reported that the management of the Federal Polytechnic, Auchi, Edo State, banned students from driving private cars on campus.

The school said the measure followed “intelligence reports” received by the institution’s management.

In April, the Adeyemi College of Education, Ondo State banned the use of cars and power bikes by students of the institution on campus.

In a circular dated Thursday, April 15, 2021, the school's management stated that this was necessary to safeguard the lives of students and staff from students who drive with ‘reckless abandon’.

The management of Delta State Polytechnic, Ogwashi-Uku, had also banned students from driving cars within the school premises.

According to a banner shared on social media, students' cars are banned from entry due to security reasons.