El-rufai Lambasted by Nigerians for Using Twitter Despite Ban


El-rufai had on Wednesday night responded to a tweet by a user commending him for his good works while he was the FCT minister. 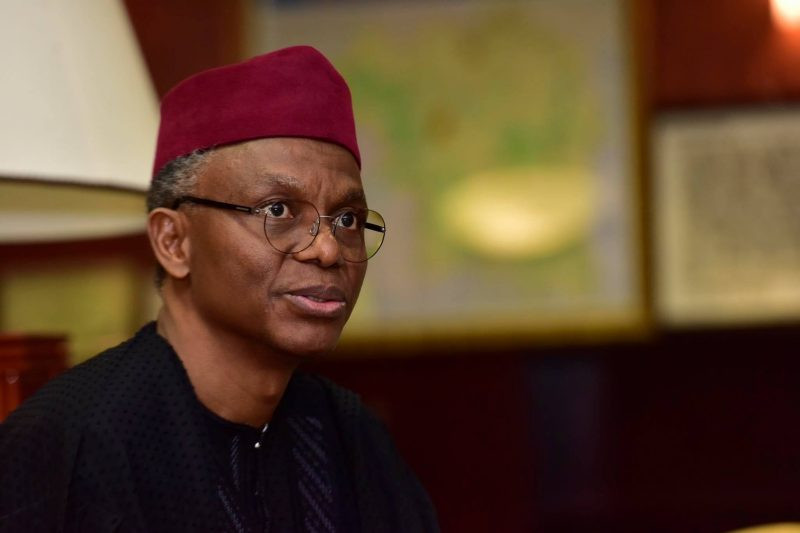 Nasir El-Rufai
Governor of Kaduna State, Nasir El-rufai has been blasted by Nigerians for using Twitter even though the micro-blogging app is banned in Nigeria.
It all started after El-rufai on Wednesday night responded to a tweet by a user commending him for his good works while he was the FCT minister.
This did not go down well with Nigerians who queried him for using Twitter despite the ban.
However, El-rufai, responding, said he’s using Twitter at the moment because he’s outside the country.
His tweet read: “VPN? Nope, outside Nigeria for a couple of days, so can tweet for the time being.”
An End SARS protest promoter, Rinu Oduala taking a swipe at him wrote: “The only place you get the freedom of speech is outside Nigeria.”
El-rufai disagreed with Rinu, clarifying that the ban of Twitter does not equate lack of freedom of speech.
The governor noted that freedom of speech still exists in Nigeria despite the Twitter ban.
El-rufai wrote: “Wrong @SavvyRinu! Conflating Twitter with “freedom of speech” is a significant exaggeration.
“Freedoms of many descriptions existed before and without Twitter, and will remain long after!! Enjoy your day.”
See comments below:
@Bnk2nde “ Imagine getting out Nigeria and one of the few things you want to do is to tweet… LOL Nigeria politicians, whatever that makes you sleep better.”
@MrFlairr “ Hello @elrufai , the president of the Federal Republic of Nigeria banned Twitter so whether you are outside Nigeria or not, you are supposed to honor the ban. There is no justification for what you have done Sir, apologize to the president and delete ur account.”
@Chydec1 “ When you have to leave Nigeria to enjoy freedom of expression, really speaks a lot about the type of government in Nigeria presently. At least people like you who have the means to travel outside get to enjoy good Governance but fail to replicate what you enjoy here.”
@DukeIkedi “ So Twitter dey hungry you like this.”
@MyDeji247 “Eyaa and I’m now feeling for you ou Sir. So once you’re back in the country, you’d be back in bondage? Tell Bubu to do better.”
@Everroun “My dear Governor, I expected you to have entirely deleted your account in demonstration of your absolute solidarity with Mr. President. Keeping the account & tweeting when you’re outside Nigeria goes to give the impression that you don’t share in Mr President’s Twitter ban.”
@UchePOkoye “ You had to leave Nigeria to be able to tweet.So you have been wanting to tweet but couldn’t and you never said anything.So the only place we can be to express ourselves on this app is outside Nigeria.”
@MahmoodMuhdNura “ Atleast you should have follow the presidential directives everywhere you’re if u’re a loyal citizen.”
Recall that government officials and governors of President Muhammadu Buhari’s administration stopped tweeting after the ban on the microblogging app due to some of the activities carried out on the platform.
The Minister of Information and Culture, Lai Mohammed, mentioned that Twitter was used to carry out activities against the corporate existence of Nigeria.
Many Nigerians since then have resorted to using VPN to use Twitter.
Top Stories