The fuel scarcity has caused an increase in transport fares of both vehicles and commercial motorcycles across the state. 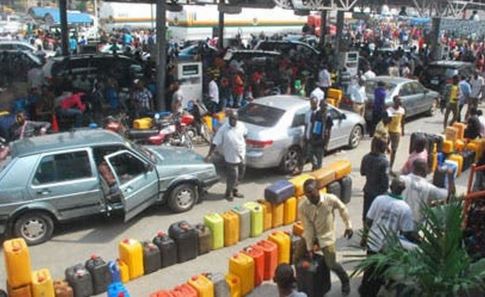 The worsening fuel scarcity in Zamfara state has taken a drastic turn as motorists and commercial motorcycle riders have resorted to parking over the non-availability of the commodity.

Dailypost reports that the worsening fuel scarcity has caused an increase in transport fares of both vehicles and commercial motorcycles across the state.

According to reports, a trip from Gusau, the state capital, to Mafara, which used to be N500 per passenger, is now N1000. Also, commercial motorcycles no longer collect N50, hiking their fares to between N100 and N120.

According to a motorcycle rider, Ahmadu Adamu, there is enough petrol in the state but the greedy dealers are hoarding the commodity, secretly selling to black marketers.

“The dealers are sabotaging the efforts of the state Task Force on security that order filling stations not to sell fuel to anybody with jerrican due to banditry activities in the state,” he said.

Most of the filling stations in Gusau have shut down, selling to only black marketers.

When this medium visited the Petroleum Tankers Drivers Association in Gusau, both the state chairman of the union and the secretary could not be reached.

However, a member of the union, who spoke to this medium on anonymity because he was not authorized to speak, said the fuel scarcity was not caused by the association but artificial scarcity.

According to him, the petroleum dealers were only doing so to sabotage the efforts of the federal government to portray president Buhari as a weak leader.