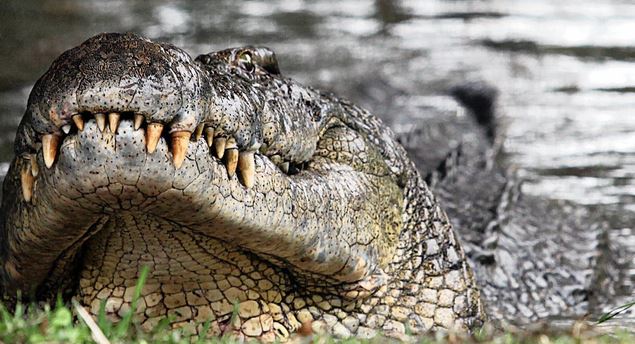 A 60-year-old man who was ripped into a body of water by the jaws of a crocodile saved himself by stabbing the animal in the head with a pocket knife, wildlife officials in Australia have said.

The unidentified man went fishing Nov. 3 on his remote property near the town of Hope Vale on Australia’s far northeast Cape York Peninsula, the Queensland Department of Environment and Science (DES) said in a press release.

A bull was in his desired fishing spot, so he made it go away, the wildlife officials said. Then, the 15-foot croc struck and took the man under water

After his miraculous escape, the man drove himself to the nearest hospital, 15 miles south. However, that wasn’t enough and he was flown to the larger city of Cairns, about 115 miles further south. He remained in the hospital Tuesday, almost a week after the attack in Queensland.

“The odds of doing that are about zero,” Matt Brien of the Queensland environmental department told CBS News.

Wildlife experts think the croc was actually going to attack the bull and not the man.

The man’s property is so remote that the Queensland DES won’t even try to remove the croc from the wild, according to the press release.

Crocs are so common in Queensland that the press release advised people to “Expect crocodiles in ALL Far North Queensland waterways even if there is no warning sign.”