The woman talks about her family's search for justice after her brother was allegedly killed by a policeman. 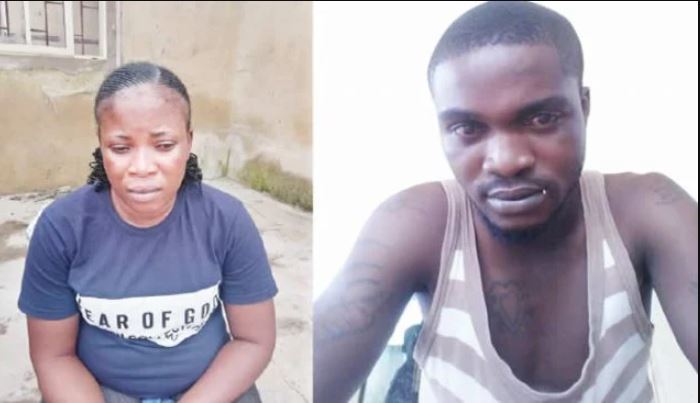 In this interview, Maria Sogunle, the elder sister to a tricycle rider, Wale, 30, who was allegedly stabbed to death recently by a policeman on traffic-control duty in the Meiran area of Lagos, speaks to GODFREY GEORGE about the family’s search for justice

My name is Maria Sogunle. I am 34 years old. I am the elder sister to Wale, the man who was killed by a policeman. He was about 30 years old.

What was his occupation?

My brother was a tricycle rider. He was someone I knew would do anything legal to get money no matter how much people laughed or made jest of him. The tricycle he was even riding before the policeman stabbed him to death was not his own. He was just trying to make ends meet. He used to be rough in the past, but for a few months now, since his wife got pregnant, he had calmed down. He was very quiet. He even started going to church.

He had WASSCE, but there was no money for him to further his studies. So, he decided to start driving. Both of our parents have died a long time ago.

How did you hear about his death?

Someone just called me and said that my brother had been stabbed by a traffic officer. I almost fainted. I asked for what he did, but they said he did nothing, that it was because of N100 bribe, which he refused to give to the policeman. Some said he told the man that he would come back and give him (the policeman) the money, because he didn’t have it at the time, but the cop wouldn’t listen. The policeman said he didn’t ‘roger’ him the day before, but he was trying to explain to him that he was not feeling fine and did not come out the previous day. His mouth was even swollen because of fever. The cop didn’t want to listen to him so he brought out a knife and stabbed him in his chest. He bled to death. I kept thinking about it as I stood there among the crowd. “So, because of N100, my brother was killed by the same person that was employed to protect him? N100?” I asked. We were five children from my parents; now, we are three. Wale was the last child, and they killed him. He was not even feeling fine on that day. His pregnant wife was sick, so it affected him.

Where is his body?

They deposited his body in a mortuary. The Association of Tricycle Riders helped take the body to the morgue.

Who will be paying the bills?

I don’t know. I don’t even know anything about it. I didn’t even have the opportunity to see his corpse. They have not told me anything.

How is your family taking all of this?

As I am here now, I am not feeling fine. I have lost weight drastically. My brother and I were so close. Even though we always fought, we knew it came from a place of love. If he was angry and I called his name, no matter how angry he was, he would answer me. He listened to me. I will miss him. The fact that a policeman killed him for not doing anything at all is worrisome. There are criminals everywhere. My brother is not a criminal. I wonder why they killed him. What is a traffic officer doing with a knife in his pocket? Will he use the knife to control traffic? They have killed my brother and left all of us to suffer.

Was he the breadwinner of the family?

He was the one providing for the family. Since our parents died, it had been only him. He had a nine-year-old son from another woman before marrying the current wife. How will the son manage with school? I am so afraid for his future.

Does he know his dad has died?

Yes, we have told him. He has refused to eat. He has been crying. The wife has locked herself in her room since morning (November 5, 2021) and has been crying. It is really a sad time for all of us. I am begging the government to come to my aid. Let them not allow this case to be like others. We need the killer of our brothers to face the law. We call on the governor, Mr Babajide Sanwo-Olu, to come to our aid and fight for us. We are orphans. We don’t have any parents. It is common among these police officers to just kill people anyhow. Look at the four-month-old baby that was also shot that day. What is the problem? Do they want to kill everybody in this country? They should remember they have wives and children at home, too. Their wickedness is too much! Now, they have made an unborn baby fatherless. Please, let the government come and help us. We need justice!