Man Who Was Hypnotized, Kidnapped And Robbed Recounts His 3-Day Ordeals In Lagos Kidnappers’ Den


Sunday Sun investigation revealed that some kidnap cells are springing up and kidnappers are on the prowl in Lagos again. And one of their victims says his experience is not a pleasant one to hear. 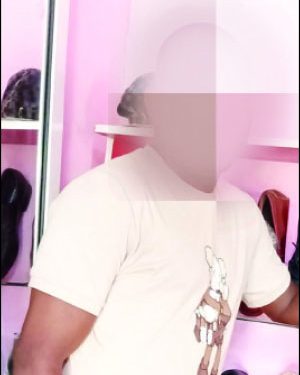 There is no doubt that the times in which we live call for extra vigilance.

This you must know especially if you live in Lagos at the moment, or visit the city for whatever reason. The swing of the time requires that everyone must up their security ante – a guarantee to stay alive and off the harm’s way.

Sunday Sun investigation revealed that some kidnap cells are springing up and kidnappers  are on the prowl in Lagos again. And one of their victims says his experience is not a pleasant one to hear.

Now, you would recall the reign of Chukwudumeme Onwuamadike, popularly  known as Evans and some other ugly kidnap gangs in Lagos. After their nefarious activities were halted by the police, not much was heard about kidnapping again in the Centre of Excellence. From then, many Lagos residents began to enjoy a breather. The kidnap incidents they heard about were those that happened elsewhere in other parts of the country. Many, who heard such stories wondered how it felt to languish in kidnappers’ den for long days or weeks, surviving only on bread and water. But that is the recent experience of a young man, Stanley, who spent three days in the evil men’s enclave. He drank the bitter wine of their activities to its dreg.

Going by his experience and pockets of recent unconfirmed reports of forceful abductions in the city, it appears that the bad boys are gradually returning to their old beat, disturbing the peace of unsuspecting innocent residents out there looking for their daily bread.

Stanley said that he was kidnapped by a gang of three at Isheri-Osun Bus stop, Alimosho area of Lagos State.

He said that the gang members first hypnotised him with juju, thereby compelling him to lose his consciousness.  And pronto, he was turned to a zombie, eager to do their bidding, and doing so sheepishly.

According to him, the incident happened on Saturday, October 16, 2021, a day he now said has been permanently etched in his memory.

He told our correspondent that at about 10:00a.m on that fateful day, he was abducted by the gang whose operational area is believed to be around Ikotu, Igando, Isheri-Osun and Isheri-Olofin areas of Lagos.

He was picked up precisely at a spot beside the NNPC filling station, at Isheri-Osun along Jakande Gate-Ijegun expressway and taken to a house whose location he cannot tell.

He spent three days with the kidnappers, who kept him in solitary confinement just as he said that he heard other victims’ voices in the adjoining rooms pleading for mercy. But their abductors were not listening to such pleas. He said that each time, they summarily announced  to their victims that they would remain in captivity until their relatives paid a ransom. But in his own case, they let him go unharmed after they compelled him to surrender to them, the sum of N800,000 in his account. Then they declared him “a nice guy.”

Stanley tells his story: “I arrived in Lagos on October 8, 2021 for a business and lodged with my uncle at a part of Isheri-Osun called Whitesand.

“Then, in the morning of Saturday, October 16, I took a stroll – casually dressed –  hoping to purchase a bathing soap in the area. That was how I took an Okada to Isheri-Osun bus stop where I hoped to buy the item.

“Getting to the bus stop, I was already on the lookout for a shop selling the item when a hand slapped me on the head from the back. Instantly, I lost consciousness. I only heard a voice urging  me ‘follow me,’ and I followed, not knowing what I was doing. I remembered boarding a cab and then sleeping off.

“When I woke up some hours later, I found myself inside a room. I guess it was close to midnight. My hands were tied; I was lying on the floor.

“Then I saw a young man facing me with a short gun in hand. Next he howled at me: ‘If you make any mess, I will blow off your head’.

“Next, he blindfolded me and commanded me never to look at his face again.

“Before then, they had searched me, and saw my ATM card. Then they bought airtime with my phone and saw the amount in my account.

“As I sat on the bench wondering where I was and how I got there, their lead man lumbered in. Then the young man, who was with me spoke in Yoruba, and told their oga that I had good money in my account.

“Drawing close, their oga said to me: ‘If you cooperate with us, we will not harm you.’

“At that point, they brought me out and shepherded me into a car; then they drove me to a bank ATM – there was a driver and two others, one on my right, then the other on my left. Three of us were sitting at the back of the car. When we arrived at the lonely ATM spot, they removed the blindfold and demanded I made maximum withdrawal for the day while they waited in the car. I withdrew the sum of N150,000 and handed it over to them. While in the car, they blindfolded me again warning me again never to look at them. Then they drove back to their den.

“Early the next morning – that should be about 4:00a.m or so – they woke me up again. In the same manner, they took me to the car and drove to another ATM portal and commanded me to make the maximum withdrawal for the day. Again, I withdrew the sum of N150,000 and handed it over to them.”

Stanley said that while he was with them, they fed him with sausage roll and water.

“I was overhearing voices of other victims in the other rooms bleating like goats, pleading to be released.

“A woman in particular was repeatedly begging them to let her go, but they insisted ransom must be paid before her release.”

According to Stanley, on Tuesday morning the unthinkable happened. While he still remained blindfolded they sprinkled what looked like a substance on him.

“Again, I lost consciousness. The time then should be 10:00a.m or so. They drove me to a bank. I don’t even know the location; I had already lost my frame of mind. But I knew I walked into a banking hall where I noticed a few people. I don’t know how I managed to fill a teller, and collected the sum of N500,000 which I handed over to them. While in the car, they again blindfolded me, drove round and round the area before arriving at their base.”

While Stanley remained in their custody, his case was reported at Isheri-Osun police division as a missing person.

According to the police, a radio message was sent out to other divisions to see if he was arrested by any police unit or the Lagos State taskforce. But that was not the case.

While this reporter was at Isheri-Osun police station on Sunday, October 17, 2021, one of the kidnappers called with Stanley’s telephone line.

The voice from the other end said: “This your brother with us is such a nice guy. When we are through with him, we will let him go.” Then he switched off the phone, leaving no window for further discussion. Going forward, the line indicated it was permanently switched off.

It was later learnt that it was about then that they were planning to finally empty his bank account before they could be trailed.

Then on Tuesday night after they had successfully run his account to zero naira, they released him.

“It was already getting late in the night that Tuesday. I guess it was approaching 11:00p.m when they brought me out again and pushed me into a car – I think it was a Lexus car. Still blindfolded, they took me into their car and drove round and round the area so that I would not figure out their course because I was then getting conscious. The idea was to confuse me. Then coming in through Ijegun area, they dropped me off at the same spot they picked me three days ago and zoomed off. Then from there, I imaginatively traced my way to my uncle’s home looking dazed. Not even a soul was on the road at that time as I staggered along,” he recalled.

At Isheri-Osun police division, a senior police officer admitted that they once heard about a gang like that said to be abducting innocent people lately.

“I heard about a similar incident in the recent past. But we are not aware they are operating within this area.

“In no distant time, we will catch them; their time will soon be up,” the cop assured.

The Isheri-Osun divisional police officer, Mr Wole regretted the incident, saying that with the facts so far gathered, the gang’s days were numbered.

“Since we got wind of this development, we have put some strategies in place.

“They might be thinking that they are smart, but with time, we will get them,” he said.

The Lagos State Police Command spokesman,  Adekunle Ajisebutu, said that the police were  stepping their surveillance to fight the challenge.

He advised the citizenry to “be conscious of their environment and the way they move around.

“There is no society in the world that is completely free of crime.

“We advise the citizenry to take their personal security seriously, while security agencies continue to do their very best.

“When there is an incident like this, we encourage the citizens to supply us with prompt credible information to be able to deal with the situation.”

A Catholic priest in Lagos, Rev Fr Andrew Abhulimen, advised all and sundry to be careful and vigilant.

“These are perilous times. Very terrible things are happening now.

“People need to be careful and mind the way they carry on, everyone must learn to live each day as though it will be their very last,” he advised.