The victims were released at about 2 am this morning near Scanobo filling station, Ikot Ekpo 8 miles on the outskirt of Calabar 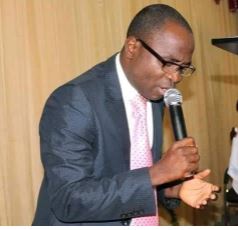 Pastor Sunday Adeniran of the Redeem Christian Church of God alongside two persons who were kidnapped by unknown gunmen on Saturday in Calabar have regained freedom.

An security source who pleaded anonymity told Vanguard on Monday morning that they were released at about 2 am this morning near Scanobo filling station, Ikot Ekpo 8 miles on the outskirt of Calabar ,the Cross River state capital.

The source further disclosed that the pressure from the Anti Kidnapping and Cultism Squad led by SP Awodi made the miscreant to hurriedly collect what they could after making an initial demand of 7 million naira.

His words: “They knew that the Dragon Squad was closing in on them ,they had to hurriedly collect about 200,000 naira and let their victims go.

“Initially they demanded 7 million for their release but had to just collect what they could as soon as possible and dropped them off at Scanobo area in Ikot Ekpo 8 miles at about 2:am.''

SP Awodi and his men from AKCS were already in their trail as at 12 midnight but immediately they got wind of the manhunt which was earlier reported they collected the available cash and set them( victims) free .