Update: Coroner's Court Rules Death Of Nigerian PhD Student While In Detention In Malaysia Was "Due To Natural Causes"


Coroner Mahyon Talib said that based on the testimony of witnesses, he died due to a heart attack and there was no clear evidence that his death was due to negligence or criminal elements. 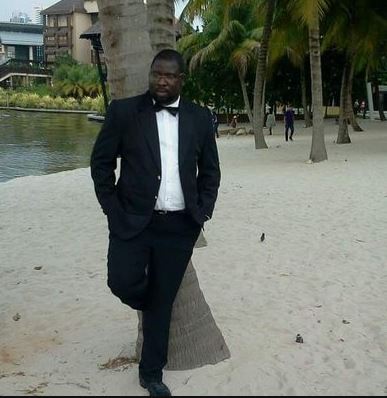 The death of a 33-year-old Nigerian doctorate student in immigration custody has been ruled as natural causes by the Coroner’s Court in Malaysia.

Thomas Orhions Ewansiha died on Tuesday, July 9, 2019, while under detention at the Bukit Jalil Immigration Depot.

Ewanshiha, who was pursuing a PhD in Management at the Limkokwing University, is survived by a wife and two young children.

Coroner Mahyon Talib on Friday, November 12, said based on the testimony of witnesses, Ewansiha had died due to a heart attack, and there was no clear evidence that his death was due to negligence or criminal elements.

"According to one witness, if the deceased had been given immediate treatment, it was possible that his death could be avoided," he stated.

“However, it cannot be denied that the Immigration Department has also tried to save the deceased by calling in an ambulance and performing cardiopulmonary resuscitation (CPR) on him,” she said.

Mahyon said based on the paramedic’s statement, attempts were made to save the deceased and the same was also narrated in detail by the deceased’s cell partner as well as another detainee housed in the opposite cell.

"Overall, the act (to save the deceased) was taken, but luck was not on the side of the deceased,"  she added.

Meanwhile, lawyer Rajesh Nagaran, representing Ewasiha’s family, when met by reporters after proceedings, said the family will appeal against the decision and would initiate a civil suit against the Malaysian Immigration Department for negligence.

"Ewansiha was given prescription drugs and medical treatment by unqualified individuals. We believe this is why he had a heart attack. We agree with the coroner that the deceased died due to natural causes. But, he was not given the appropriate treatment which indirectly led to Ewansiha’s death,” the lawyer said.

The media had reported prior to this that Ewansiha was among 20 foreigners picked up in an integrated operation on July 4 at Desa Aman Puri, Kuala Lumpur.

He attempted to flee during the operation but was captured. He later produced his passport and was found to be holding a valid student pass upon further checks.

Ewansiha was suspected of committing an offence under the Immigration Act. He was held for 14 days for further investigations.

Ewansiha and other detainees were sent to the Bukit Jalil Immigration Depot at about noon the next day.

At about 12.05am on Jul 9, the officer on duty was informed by the other detainees that Ewansiha "suddenly" had a seizure while sleeping.

The assistant medical officer - who arrived with the ambulance at 12.30am examined and assisted Ewansiha, but the student was later pronounced dead.

Following the incident, the supervisor and officer on duty lodged a report at the Bukit Jalil police station.