Adams bemoaned the increment, lamenting that majority of Nigerians and households are affected. 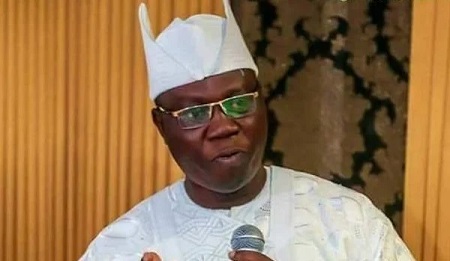 Gani Adams
Aare Onakakanfo of Yorubaland, Gani Adams has lashed out at the federal government for making Nigerians suffer more with recent gas and electricity meters hike.
Adams condemned the FG, lamenting that majority of Nigerians and households are affected.
Last week, the Nigerian Electricity Regulatory Commission (NERC) announced new rates for electricity meters.
The price of a single-phase meter was raised to N82,855 from N44,896; three-phase meter is up from N58,661 to N109,684.
Adams, in a statement by his spokesman, Kehinde Aderemi, said citizens already enduring the economic situation of the country should not be further burdened.
“It is unfortunate that Nigerians are being ripped off in such a cruel manner, especially by a government that prides itself as a government of the people.
“How can you explain an increase in electricity meter prices without considering the huge effect on the masses? That is very bad.”
The Yoruba leader warned the federal government to desist from policies that will worsen the pains of the masses.
Adams insists NERC timing “is deeply insensitive” to the plights of the people struggling to cope with the high costs of commodities.
“It is very important for the federal government to look into the issues properly and come up with ways to reduce the suffering of the people”, he demanded.
Top Stories