Opalola Yemisi Olawoyin, the spokesperson for the Osun State Police Command, said it was working to unravel the circumstances surrounding Adegoke’s death. 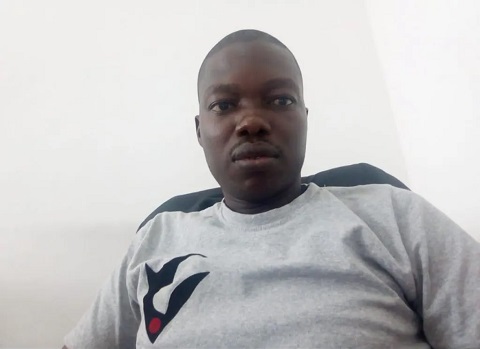 Timothy Adegoke
Timothy Adegoke has been confirmed dead.
The MBA student at Obafemii Awololowo University (OAU), Ile Ife, who was declared missing on November 7 before he was found dead.
According to a statement signed and made available to FIJ by Opalola Yemisi Olawoyin, the spokesperson for the Osun State Police Command, the police said it was working to unravel the circumstances surrounding Adegoke’s death.
“The Commissioner of Police, CP Olawale Olokode, psc, wishes to assure the general public, especially the family of the deceased, students and management of Obafemi Awolowo University (OAU), Ile-Ife, that the police command is working assiduously to unravel the circumstances surrounding the death of Mr Timothy Adegoke, a master’s degree student of OAU who came from Abuja to sit for his examination at the OAU distance learning centre, Moro, Osun State,” the statement reads.
“It would be recalled that, a case of missing person was reported on 7th November, 2021 at about 1630hrs, at Edun Abon police station and later transferred to State Criminal Investigation Department (SCID) for discreet investigation on 9th November, 2021. Immediately the case was received, detectives from SCID of the command swung into action and have arrested six (6) suspects in connection with the case while investigation is ongoing.
“Consequently, the Commissioner of Police is using this medium to appeal to the family, the sympathizers, students and management of the university to remain calm and be rest assured that, the police will do all within its constitutional responsibility to unravel the mystery behind his death.”
The police however did not state how he died or where his body was found.
Adegoke, was an Abuja-based student who travelled to Ife on November 5 to sit for an examination at the school’s distance learning centre in Moro, Osun State.
He was declared missing two days later when friends and family members could neither reach his phone line nor find him at the exam venue.
Top Stories