The family is also unhappy with the failure of law enforcement agencies to locate and rescue the victim. 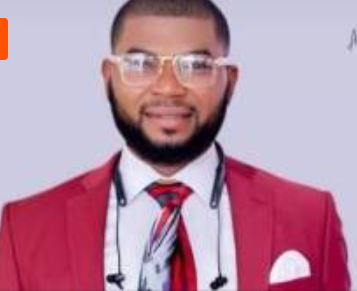 A report by SaharaReporters has shown that the family members of a school owner in Onitsha, Anambra State, Ndubuisi Harrison Aronu, who was abducted on July 31, 2021, have expressed sadness at the refusal of the abductors to contact them about four months after the incident.

The family is also unhappy with the failure of law enforcement agencies to locate and rescue the victim.

The victim was abducted while coordinating a community road maintenance project in Oraifite under Ekwusigo Local Government Area of Anambra State with some youths.

Aronu was kidnapped by gunmen, who came in two sports utility vehicles, shot indiscriminately to scare away people before abducting him.

A family member, who spoke with SaharaReporters, disclosed that the situation has brought sorrow into their lives.

According to the victim's brother, the incident has affected all of them negatively, especially the missing man's wife and three children.

"Since July 31, 2021, till this moment, they (abductors) have not made any contact with the family.

"His wife and three children are in real distress. The entire family and our community have been in pain since he was kidnapped.

"We are pleading with the police and other law enforcement agencies to help us rescue him from his abductors," Aronu's brother told SaharaReporters.

A member of Owners of Private School Association of Nigeria in Anambra State said efforts to know the whereabouts of Aronu have been unsuccessful even four months after he was taken hostage.

"It has been tough to know where exactly he is. Those who forcefully took him away have refused to contact any of his family members, friends or colleagues. This is really sad. We are praying daily for his safe release," the woman, who spoke on condition of anonymity for safety reasons, said.