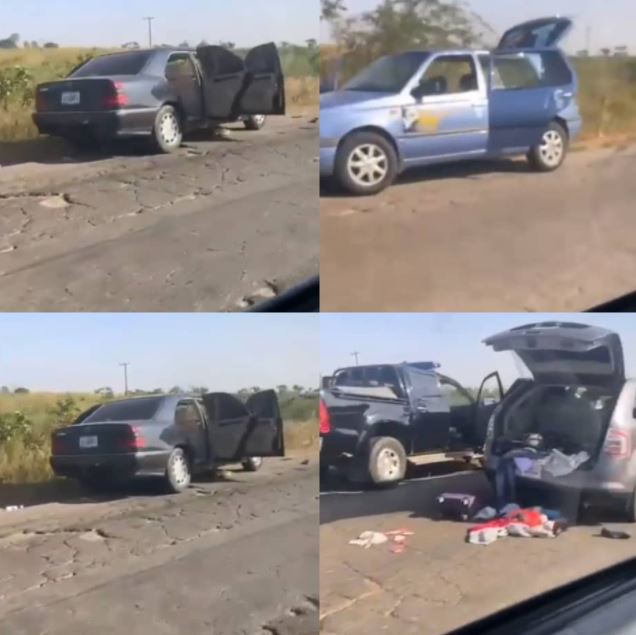 A video has surfaced online showing the abandoned cars of travellers who were allegedly ambushed by suspected kidnappers along the Abuja-Kaduna road on Sunday, November 21.

According to one of the travellers who escaped the abduction, he said the armed bandits blocked the road at Katari village at about 2 pm and operated for more than an hour.

Another traveller who confirmed the incident, said “We had to turn back when we heard the shooting of guns and parked some kilometres away from the scene. After two hours when we saw other vehicles coming from the other side, we continued our journey. Many travellers must have been kidnapped or escaped into the bush as we saw at least fifteen cars parked and empty when we passed the scene of the attack.”

The state police command is yet to comment on this development.

Watch the video showing the alleged abandoned cars of the abducted travellers below;