The afrobeat and Apala hip-pop musician took his Instagram page on Monday, November 22nd to flaunt his latest acquisition. 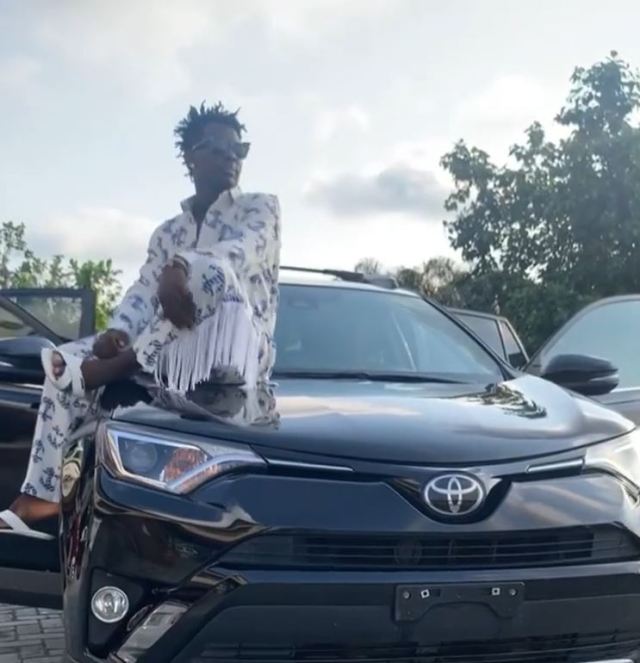 Apala shows off his new car
Popular Nigerian singer, Terry Alexandar Ejeh aka Terry Apala has showed off his brand new car.
The afrobeat musician took his Instagram page on Monday, November 22nd to share the good news.
Sharing a video of his new ride on his official Instagram page, Terry wrote, “Just Added a new baby to the garage! Debut Album Soon”.
This comes just some weeks after the singer and his friends were robbed on Third Mainland Bridge in Lagos.
The singer who shared a video of his damaged car on his official Instagram page, revealed they were attacked by cutlass-wielding robbers while they were stuck in traffic.
He disclosed that the robbers carted away their phones and other valuable items.
Sharing the video, he wrote, “Omo! Yesternight Night was a bitter experience on the mainland, Got robbed with my guys in traffic. Thank God for life thou 💔🥺”.
Watch video below:
Top Stories