Gumi led a team of medical personnel to forests in the state yesterday where they offered medical services to the allegedly ‘rejected’ herdsmen and their families. 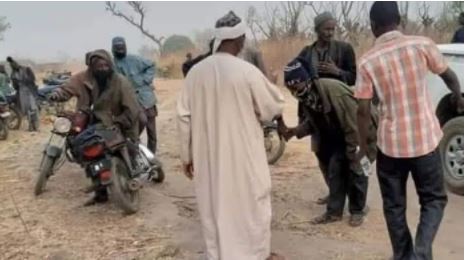