Governor Ortom had in September dragged the minister to court over alleged defamation and demanded N60 billion for general, exemplary as well as aggravated damages 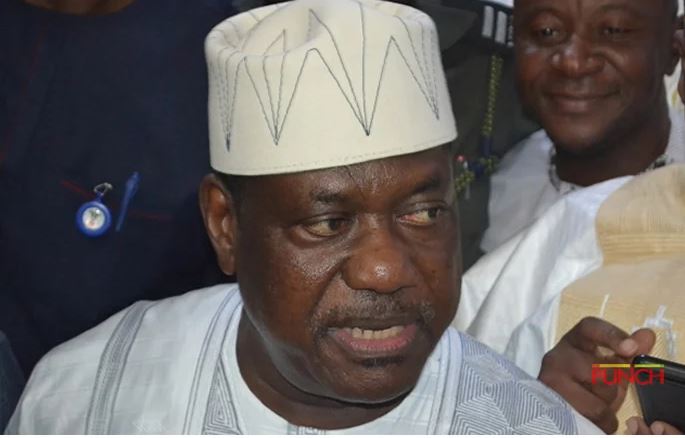 It is apparent that the crisis between the Benue State Governor, Samuel Ortom and his estranged political godfather and Minister of Special Duties and Inter-governmental Affairs, George Akume on Friday got messier as the State Government dragged the minister to anti-graft agencies over N4.56 billion fraud.

Governor Ortom had in September dragged the minister to court over alleged defamation and demanded N60 billion for general, exemplary as well as aggravated damages

Ortom’s suit followed Akume’s comment during a press conference in Abuja, where the minister accused the governor of ineptitude, disrespect for the President, Major General Muhammadu Buhari (retd.), as well as massive corruption.

In a letter of complaint to the Economic and Financial Crimes Commission; Independent Corrupt Practices Commission and the Inspector General of Police written and signed by counsels to the Benue State Government, Okeoga Darlington, Esq and made available to journalists; the Attorney General and Commissioner for Justice, Michael Gusa in Makurdi on Friday asked the anti-graft agencies to investigate the alleged financial impropriety amounting to N4,556,899,632.9 billion when Akume served as Governor.

The letter of complaint which was generated from an audit report spanning 1999 – 2007 when Senator George Akume served as Governor, said ‘he (Akume) unilaterally approved the sum of N117 million which is above his approval limit without recourse to the State Executive Council meeting.

“The reckless financial expenditures was said to be for consultancy and feasibility study for Mbatiav Cement which turned out to be a white elephant project that never saw the light of the day.

“Further findings according to the petition also alleged financial indiscipline, abuse of fiscal policies and misappropriation for various contracts amounting to N3,125,882,409.25 billion,” the letter stated.

Akume was also accused of misappropriation of ecological funds amounting to N300,002,000 million which was spent on projects different from ecological projects.

“During the audit report, it was also discovered that under the watch of the former governor, a loan of N150 million was taken from defunct Afri-Bank in December 2000 for purchase of shares in companies but the money was transferred to All Securities Limited for which no receipts were found for the transaction.

“It was also discovered during the audit that the former governor, Akume, claimed to have executed ‘many projects’ that were never located which the petition deemed to be an aberration of due process, abuse of fiscal policies and criminal violation of relevant laws.

“Regrettably, many of such projects, valued at N1,074,017,023.65 billion were not accounted for as there was no evidence of their execution anywhere,” the letter of complaints read in parts.