Charity was said to have died on Sunday afternoon after accompanying her husband to Anambra, in preparation for a function. 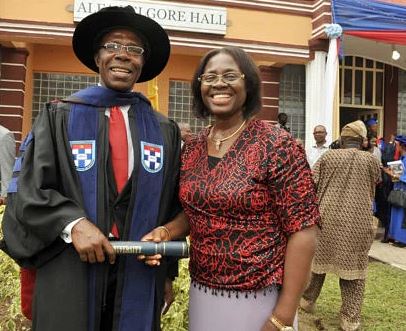 The government of Anambra State has reacted to the death of Mrs Charity Maduka, wife of Dr Cosmas Maduka of Coscharis Group.

Charity was said to have died on Sunday afternoon after accompanying her husband to Anambra, in preparation for a function.

She was said to have died of stroke complications.

In a press release to mourn her, the Anambra State government through the Commissioner for Information and Public Enlightenment, Mr C. Don Adinuba said Mrs Maduka was not just the wife of the chairman of one of Nigeria’s most successful businesses but the co-founder of the Coscharis conglomerate.

The release read: “The government and people of Anambra State were delighted when a few years ago the Coscharis Group decided to set up a humongous modern farm in the state in response to the government’s Think Home campaign which sought to create or raise the consciousness of investors from the state about the imperative of establishing businesses at home.”

Adinuba said Coscharis today has one of the largest farms in the Southeast geopolitical zone, with a sophisticated irrigation system, complete with a modern big dam, which enables it to engage in both rainy and dry season rice farming.

Adinuba said Governor Obiano has already called on Dr Maduka to commiserate with him on the death of his wife and also condoled with the chairman of the Transition Committee Chairman of Nnewi North Local Government, Prince Chukwudi Orizu, as well as the traditional ruler of Nnewi, Igwe Kenneth Orizu, over Mrs Maduka’s death.