They were accused of being behind the deaths of many locals in the community, ABN TV gathered. 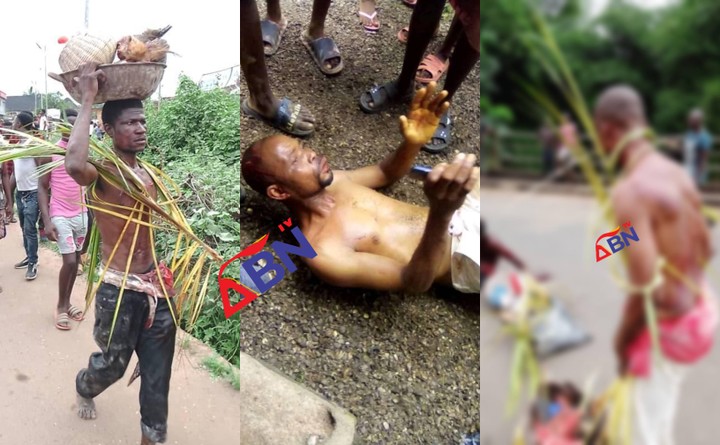 The suspects
Some persons alleged to be ritualists have been caught and disgraced in Abia State.
According to ABN TV, the two persons were nabbed by locals in Amaeze autonomous community, Ugwueke in Bende local government area of Abia State during a 'juju' section near a river called Eze Stream.
They were accused of being behind the deaths of many locals in the community, ABN TV gathered.
Items recovered from them include red candles, white feathers, live chickens, and others.
One of the suspects, a member of the community whose identity could not be ascertained as at the moment of this report is said to have a shrine in his home, which was later demolished by the angry locals.
His counterpart is said to be from outside the community.
Upon interrogation, they claimed they are only exercising their religious rites, insisting that they have not committed any crime. 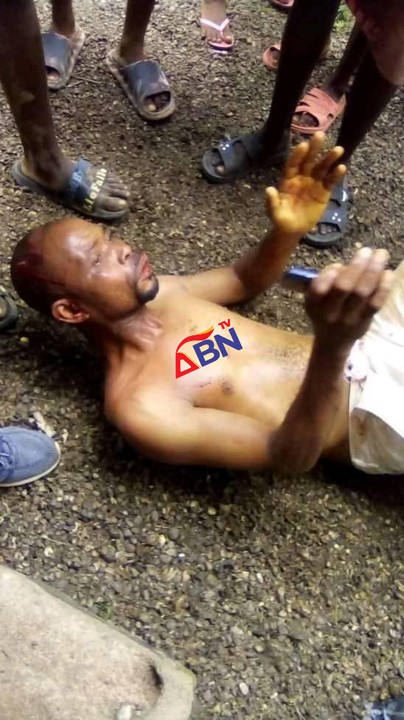