The JPI had recommended that a monument memorialising the lives lost and those injured should be erected at the Lekki toll. 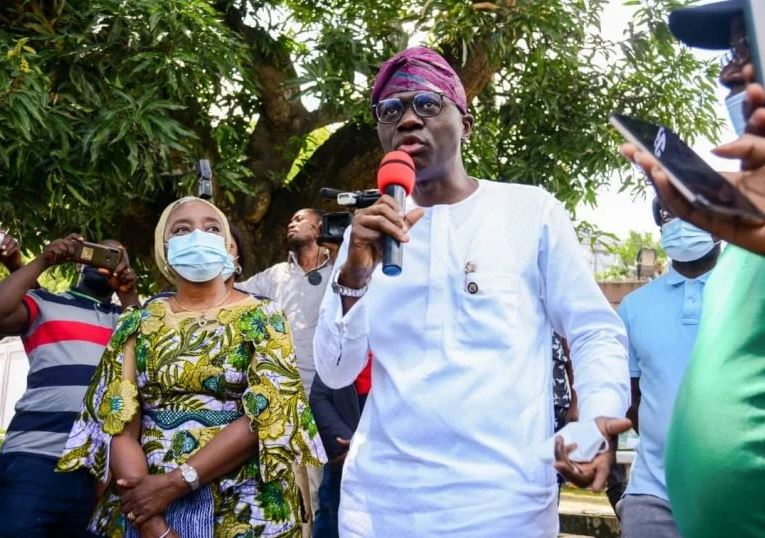 The  Government of Lagos State has rejected the resolution of the Judicial Panel of Inquiry on Restitution for Victims of SARS Related Abuses and Other Matters that no fewer than nine persons lost their lives when armed soldiers stormed the Lekki toll gate to disperse #EndSARS protesters on October 20, 2020, The PUNCH reports.

This claim, which was contained in a 41-page White Paper released by the state government on Tuesday night, countered the findings by the Justice Doris Okuwobi-led panel that nine persons were killed by gunshots at the toll gate.

The JPI had recommended that a monument memorialising the lives lost and those injured should be erected at the Lekki toll.

Countering the recommendation, the state government said, “This recommendation is not acceptable to Lagos State Government for the following reasons: The finding of the JPI at page 288 paragraph M is that “The evidence of the pathologist Prof Obafunwa that only 3 of the bodies that they conducted post mortem examination on were from Lekki and only one had gunshot injury and this was not debunked.

“We deem it credible as the contrary was not presented before the panel.”. The JPI’s finding of nine deaths is therefore irreconcilable with the evidence of Prof. Obafunwa that only one person died of gunshot wounds at 7:43pm at LTG on October 21, 2020.

“Having held that there was no evidence before it to the contrary of what Prof Obafunwa said, the question is where did the JPI then get its finding of nine deaths? This finding of nine deaths at LTG on 20th October 2020 is even more baffling because apart from listing out their names in tabular form at pages 297-298, the JPI offered no explanation regarding the circumstances of their death.

“It is quite astonishing that in the list of eleven deaths set out at pages 297-298, two of the names appeared twice (Kolade Salami and Folorunsho Olabisi as Nos. 37 and 38).

“The inconsistencies and contradictions in the entire JPI Report concerning the number of persons who died at LTG on 20 October 2020 and their cause of death rendered the JPI’s findings conclusions thereon as totally unreliable and therefore unacceptable,” the White Paper read in part.

The state government, however, said it would forward the recommendations made by the #EndSARS panel that disciplinary measures should be meted on military officers deployed to disperse protesters at the Lekki Toll Gate, to the Federal Government, National Economic Council and the Nigerian Army.

Quoting the JPI’s report, it stated that the panel recommended disciplinary actions to the following officers, Lt. Col. S. O. Bello and Major General Godwin Umelo, who refused to honor the summons of the panel in order to frustrate the investigation.

The paper read, “The Lagos State Government notes and it will forward this recommendation to the Federal Government, National Economic Council and the Nigerian Army for their consideration.

“All officers (excluding Major General Omata) and men of the Nigerian Army that were deployed to the Lekki Toll Gate on October 20, 2020 should be made to face appropriate disciplinary action, stripped of their status, and dismissed as they are not fit and proper to serve in any public or security service of the nation.

“The Nigerian Army is an organisation that has its own disciplinary procedures and processes as set down by law, over which Lagos State government has no control. Nevertheless, Lagos State Government will forward this recommendation to appropriate authorities for their consideration and action.”

The Lagos State Government also commended all medical personnel and hospitals, including Reddington Hospital, which treated citizens who suffered injuries during the protest. However it disagreed that the hospitals treated victims of gunshot wounds from LTG on October 20, 2020.

The panel had described Lekki tollgate incident as a massacre in context, claiming that at least nine persons were killed by security agents when they stormed the Lekki toll gate on October 20, 2020, to disperse the defiant youths protesting against police brutality and extrajudicial killings.

The panel listed 48 names as casualties out of which 22 protesters sustained gunshot injuries, while 15 others were assaulted by soldiers and the police.

It stated, “The atrocious maiming and killing of unarmed, helpless and unresisting protesters, while sitting on the floor and waving their Nigerian flags and while singing the National Anthem can be equated to a ‘massacre’ in context.”

Lagos State Governor, Babajide Sanwo-Olu, had received the report of the panel on November 15, 2021 and said the White Paper would be released in two weeks, which elapsed on November 29, 2021.

Summarily, out of the 32 recommendations made by the judicial panel of inquiry, the government accepted 11, rejected one and accepted six with modifications while 14 recommendations fall outside the powers of Lagos State Government and will be forwarded to the Federal Government for consideration.