The lady had been flaunting the boyfriend as the best thing that happened to her only for him to batter her. 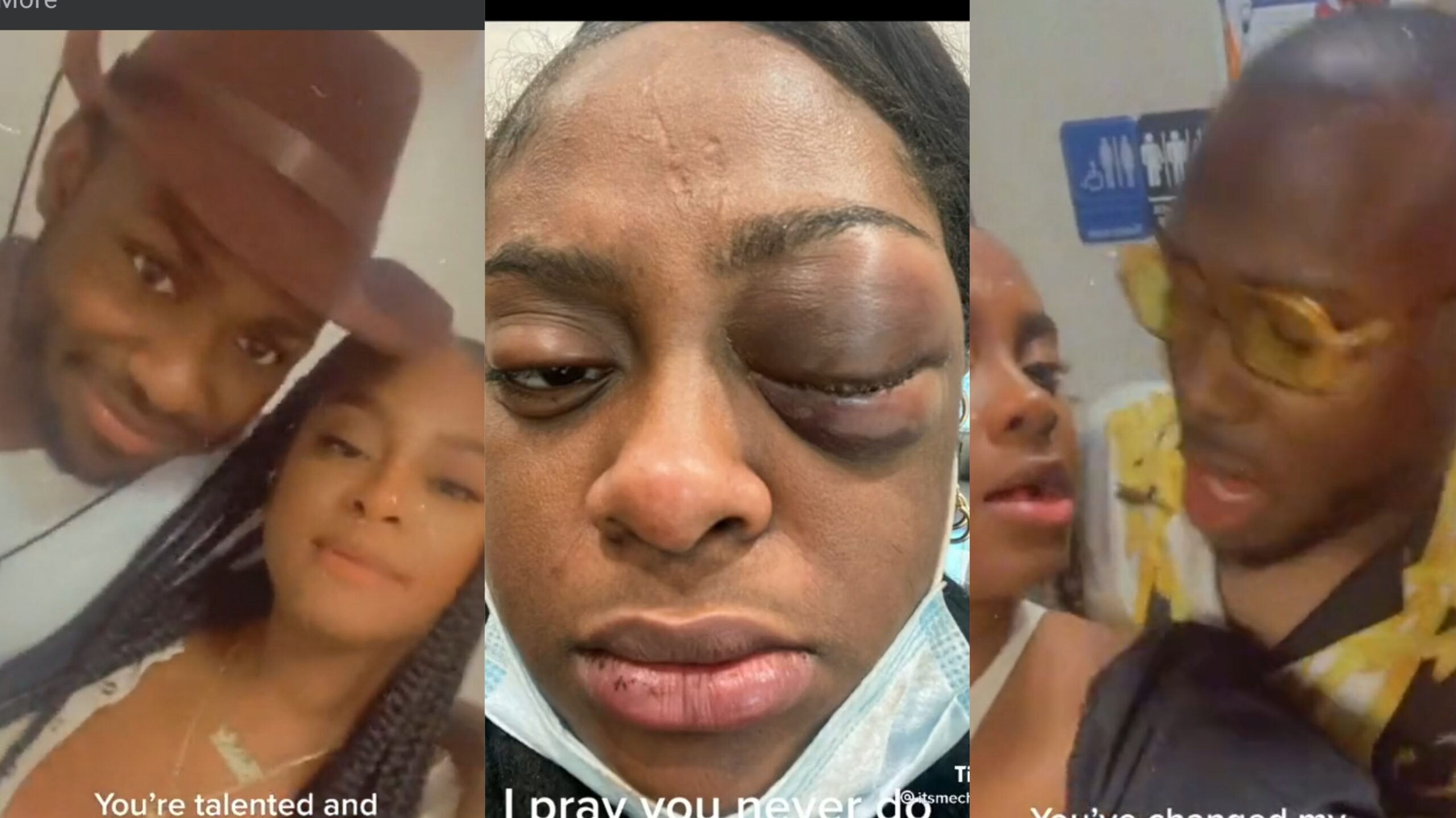 The lady after being battered
A beautiful lady has been battered and left almost unrecognizable by her once doting boyfriend she flaunted on social media.
The lady who is in abusive and toxic relationship took to her social media page to cry out for help.
She had been posting lovely videos of them on social media, praising and showering him with sweet words for being a good boyfriend.
However, it all ended in tears for her as the man beat the hell out of her over an unknown issue.
According to her, due to the severity of her disfigured and battered face, she had to undergo reconstructive surgery to restore her face and she prayed her boyfriend does not inflict such pain on another person’s daughter.
Watch the video below:
Top Stories