Fans are reacting after a video surfaced showing the moment Tems subtly pushed down Wizkid’s hand as he tried to lift her up. 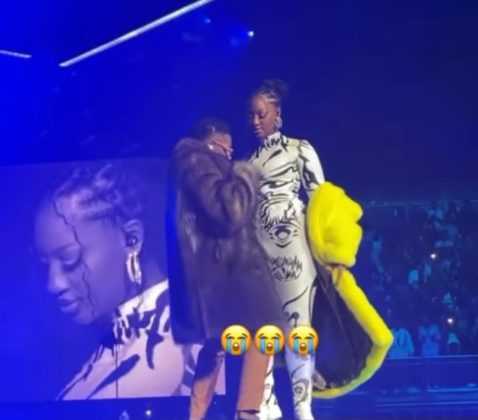 Tems and Wizkid
Fans have defended musician Wizkid after he was accused of trying to touch Tems backside and lift her up on stage.
It all happened at his O2 arena concert in London.
Hours ago, a video surfaced the internet showing the moment Tems subtly pushed down Wizkid’s hand and disengaged from him after he tried to lift her up.
Reacting to the video, Nigerians dragged Wizkid over his action, stating that it was inappropriate and uncalled for.
However, Wizkid fans have stepped in to defend their fave as they shared a video of Tems getting cozy with Wizkid on stage. 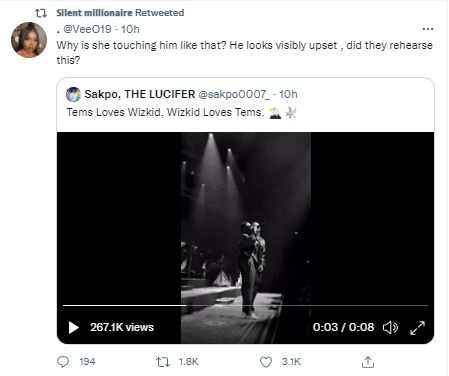 Retweeting and also sharing the video, Masta_Drizz wrote;
“See how she’s rubbing him. Omg I’m sure he was uncomfortable but couldn’t tell her ? Tems needs to apologise.”
Watch the video below:
Top Stories