Samuel was caught on October 2, 2021 in Ngurore, a satellite town on the outskirt of Yola, the state capital. 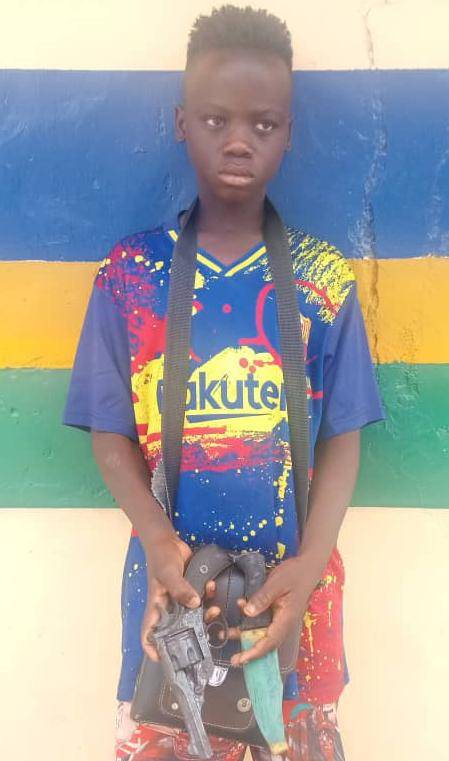 SaharaReporters learnt that the juvenile who hails from Dunge village in the Shelleng Local Government Area, was apprehended for being in possession of a revolver pistol.

Samuel was caught on October 2, 2021 in Ngurore, a satellite town on the outskirt of Yola, the state capital.

Ngurore is notorious for harbouring criminal elements, including bandits and kidnap gangs.

The police spokesperson for the state, DSP Suleiman Nguroje, confirmed the arrest to SaharaReporters.

He said, “On December 2,2021, the command's operatives attached to Ngurore, while on confidence building patrol, apprehended a 16-year old Sunza Samuel with a revolver pistol.

"Also the command's operatives attached to “anti shilla (criminal gang of teenaged boys/girls) squad” on December 1 disconnected a criminal network and recovered large quantity of weeds in a certain hideout situated at the remote side of Jambutu, Yola North.

"The Commissioner of Police, Mohammed Barde, having commended the operatives for dislodging and reclaiming the public space, urged all the Divisional Police officers (DPOs) and their supervisory Area Commanders to intensify efforts in dislodging the crime network and denying the criminals opportunity to regroup anywhere in the state.”