Emmanuel was last seen in Umuahia on November 27, when he went to Ihiala Local Government Area in Anambra State to fix his faulty car. 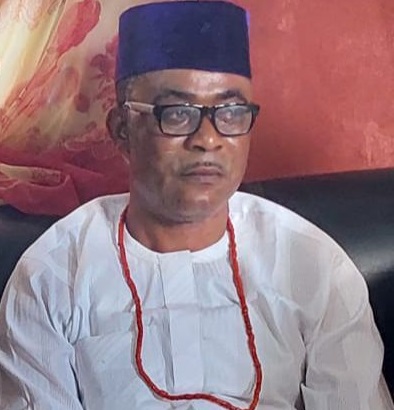 David Emmaniel
One week after being kidnapped, David Emmanuel, a Deputy Superintendent of Police attached to Zone 9, Headquarters of the Nigeria Police, Umuahia, Abia State is yet to be found.
According to FIJ, the police are reluctant to find their missing officer and have shown little or no interest in his case.
Emmanuel was last seen in Umuahia on November 27, when he went to Ihiala Local Government Area in Anambra State to fix his faulty car.
In early November, Ihiala made national headlines after the recent governorship election in the state failed to take place in the LGA, resulting in an inconclusive election.
“My father still phoned me that Saturday to tell me he was on his way to fix his car at Ihiala,” Comfort, the missing police officer’s daughter, told FIJ.
“After reporting to his police station, they arrested the driver of the commercial driver of Imo Transport Company (ITC) in Umuahia, which they confirmed he had boarded to Anambra.”
However, both Comfort and her brother, Ebenezer, told FIJ that the police did not let them see the passengers’ record book from where they could have found out if their father boarded the ITC vehicle or not.
“My uncle and I went there a couple of times, but they kept telling us they were investigating it,” Ebenezer told FIJ.
“Maybe it’s police procedure or so, but the process is slow towards regaining my father’s freedom. The family believes my father is still alive.”
‘PRIVATE INVESTIGATION INITIATED’
Following the lackadaisical attitude of the Nigeria Police towards the disappearance of Emmanuel, his family decided to personally investigate it to the best of their resources, FIJ learned.
Almost a week after the senior police officer went missing, Comfort observed that the text he sent to his father before his disappearance was read for the first time on Thursday.
“That showed that his phone had been switched on, with the internet activated and the Whatsapp messages checked,” Comfort noted.
The family contacted a private phone tracker, whose findings showed that Emmanuel’s phone was at a location between Abia and Anambra State.
“I showed the police our evidence on Friday, but they didn’t collect it from me,” Ebenezar told FIJ. “They said they would conduct their own investigation. They only collected the same phone number tracked.”
A top police officer from Zone 9 told Emmanuel’s family that the police had sent a signal to Abuja, requesting for a joint team to enhance their search.
The source claimed that the Imo State Police Command had combed their bushes to no avail. Meanwhile, Emmanuel went missing while on his way to Ihiala in Anambra and has slim chances of being in Imo.
Geoffrey Ogbonna, the spokesman of the Abia State Police Command, did not answer FIJ’s calls or respond to a text message for comments
Top Stories