Nzekwesi made the remark while noting that Fulanis have no plans to hand over power to the Southeast. 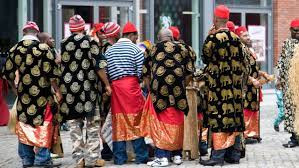 Bishop Onyeka Nzekwesi has sent a message to South Easterners.
According to the leader of Jesus Alive Ministry, Fulanis are determined to remain in power in 2023 to Islamise Nigeria.
DailyPost reported that Nzekwesi made the remark while addressing journalists in Onitsha, Anambra State.
The clergyman said the Fulanis have an anti-Igbo agenda that has been outstanding for a long time.
He added that Fulanis have no plans to hand over power to the Southeast.
He, however, pointed out that the plan to Islamize Nigeria would fail.
According to the clergyman: “Fulani caliphates have a long plan against Igbo and as such, no Igboman is a friend to Fulani.
“They want to continue their leadership and as such have no plan to hand over to Igbo- or Yoruba but to remain in power in 2023 to help them Islamise the country. They are scattered all over the country including Africa.
“Their plan can not work in God’s name. A child of God whether Christian or Muslim will emerge as the president come 2023 but it will be best for Igbo for rapid infrastructural development of the country because of his ingenuity.”
On the incessant killings, maiming, armed robbery, banditry, kidnapping in the country, he attributed the problems to Pentecostal clerics who he said preached contrary to the expectation of the church.
“I listened to a pentecostal pastor on social media saying no amount of sin will make one go to hell because Christ has paid for all the sins. The man was making people sin in disguise. Some people do not only do evil but lure others to do it thereby deceiving many souls,” he said.
“Everyone is talking about grace and nobody is talking about righteousness. If the entire church is doing what is supposed there will be peace in the world.”
Top Stories